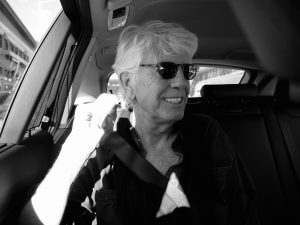 Los Angeles – June 28, 2016 – HDNET MOVIES delivers the ultimate music and film experience with Graham Nash Presents 9 Days Of Rock Docs—13 documentaries hosted by GRAMMY®-winning music icon Graham Nash who will share personal stories about the featured artists as he takes viewers on an unforgettable journey that includes premieres of critically acclaimed documentaries, packed with rare footage and candid interviews with some of music’s most influential artists. The special event will double-bill in primetime at 8pE each evening from Saturday, July 9 through Saturday, July 16, and features films starring beloved acts such as Prince, David Bowie, Bob Dylan, The Beach Boys, Green Day, The Who, Eric Clapton, and many more, culminating in a day-long marathon on Sunday, July 17, that puts the spotlight on eight of Nash’s favorite rock docs.

The special event spans a wide variety of artists, genres, and eras, taking a look at the diverse characters who have left an indelible mark on music, as we know it. Nash believes it’s vital to look back at the ways the art form has grown and changed over the decades, saying, “I think you have to understand something very basic: we’re only a link in a chain that is miles, miles, centuries long. Stretching from the time that somebody in a cave was banging on a log, all the way through to Lady Gaga. We’re only links in this incredible chain of music that has been made in this last 50-odd years. It’s going to be very interesting to see how future historians deal with this time.”

In conjunction with the event, HDNET MOVIES is giving fans a chance to win an Epiphone guitar signed by Graham Nash. Fans can enter to win by using HDNET MOVIES “Rock Doc” cover photo generator on Facebook available here: http://bit.ly/Graham_Nash_Giveaway.

Graham Nash’s new studio album “This Path Tonight” was released worldwide on April 15, 2016. The release – his first solo record in 14 years – has been met with critical acclaim and major charting success, including landing on seven different Billboard charts and marking his highest Billboard debut since 1974. Nash is set to embark on a US tour this summer – including headlining the Newport Folk Fest on July 23 – with additional dates being announced soon.

The complete Graham Nash Presents 9 Days of Rock Docs Lineup is as Follows (all times eastern). An embeddable version of the schedule is available online here: http://bit.ly/HDNM_RockDocsSchedule

8pE—TV Premiere—On the cusp of superstardom in 1971, Southern Rock pioneers The Allman Brothers were dealt a massive blow when guitarist Duane Allman was killed in a motorcycle accident. THE ALLMAN BROTHERS BAND: AFTER THE CRASH tells the story of how the group persevered to become one of the most enduring acts in rock.

9:55pE—Network Premiere—Using rare photos, archived footage, and interviews with the people who knew them best, GONE WITH THE WIND: THE REMARKABLE RISE AND TRAGIC FALL OF LYNYRD SKYNYRD pieces together the story of legendary Southern Rock outfit Lynyrd Skynyrd, whose meteoric rise was brought to a sad and startling end when a plane crash claimed the lives of frontman Ronnie Van Zant and guitarist Steve Gaines.

8pE—Network Premiere—The acclaimed 2014 documentary SLAVE TRADE: HOW PRINCE RE-MADE THE MUSIC BUSINESS follows Prince from his debut in 1978 to the present day, detailing the artistic revolution spawned from his tumultuous relationship with Warner Bros., as well as his embrace of the digital age, the success of his MUSICOLOGY album, and his show-stopping Super Bowl performance in 2007.

10:35pE—Network Premiere—DAVID BOWIE: ZIGGY STARDUST AND THE SPIDERS FROM MARS captures the final show of Bowie’s 1973 London tour, where he announced the retirement of his Ziggy Stardust persona. The film combines intimate backstage moments with some of the artist’s most beloved hits from his unparalleled catalogue, including “Ziggy Stardust,” “Changes,” “Space Oddity,” and “Suffragette City.”

8pE—Network Premiere—Filmmaker Jeff Stein presents rock legends The Who as you’ve never seen them before in THE KIDS ARE ALRIGHT, “a celluloid rock n’ roll revival meeting” that captures the wild heart and infectious spirit of the beloved Brits, as they spend time with their fans, make press appearances, and rock out as only they can.

9:55pE—TV Premiere—RUSH: THE RISE OF KINGS takes viewers on a comprehensive journey, tracking the seminal prog rock trio from the clubs of Toronto to their ascension as one of the most important bands in the genre, as they carved out a distinct sound that redefined music and challenged the very concepts of rock itself.

8pE—TV Premiere—ERIC CLAPTON: THE 1970s REVIEW finds guitar maestro Eric Clapton at a unique point in his life—breaking off from his immensely popular band, Cream, and immersing himself in organic collectives that would have a tremendous impact on his legendary solo career as one of the most innovative axe-men in music.

10:35pE—TV Premiere—Witness the rebirth of the blues in RISE OF A TEXAS BLUESMAN – STEVIE RAY VAUGHAN: 1954-1983, the true story of legendary guitarist Stevie Ray Vaughan, whose humble beginnings as a young musician in Texas propelled him to international success, where his passion and dedication for the art form helped reinvigorate the blues for a new generation.

8pE—Network Premiere—Filmed over the course of 15 months, GREEN DAY: HEART LIKE A HAND GRENADE provides an in-depth look at the making of Green Day’s landmark seventh album AMERICAN IDIOT, as the band enters the studio to record and discuss the music that would ultimately cement their status as true punk royalty.

9:45pE—TV Premiere—Get the inside scoop on the Golden Age of heavy metal in INSIDE METAL: PIONEERS OF L.A. HARD ROCK AND METAL, exploring the birth of the seminal Los Angeles metal scene and the motley crew who fueled its unexpected popularity. The film includes exclusive interviews with iconic figures such as Lars Ulrich, Stephen Pearcy, Don Dokken, and Chris Holmes, among others.

HDNET MOVIES presents a special encore presentation of DAVID BOWIE: ZIGGY STARDUST AND THE SPIDERS FROM MARS at 8pE, followed by SLAVE TRADE: HOW PRINCE RE-MADE THE MUSIC BUSINESS, at 9:35pE.

8pE—Network Premiere—The masters of surf rock return in the 2012 documentary THE BEACH BOYS 50 – DOIN’ IT AGAIN, following the band as they record their first album of new material in 20 years, embark on an emotional 50th anniversary reunion tour, and reflect on their extraordinary career.

9pE—TV Premiere—VAN MORRISON: ANOTHER GLORIOUS DECADE details the folk hero’s resurgence following a seven-year hiatus. With the industry in a much different state than when he left it, Morrison is forced to adapt—leading to a search for independence, as he uses his music to explore spirituality in ways he never had before.

8pE—TV Premiere—Stroll through Bob Dylan’s old New York stomping grounds in the 2015 documentary BOB DYLAN: IN & OUT OF THE FOLK REVIVAL, a detailed account of Dylan’s rise to the top of Greenwich Village’s folk scene, and the tremendous impact he made before heading off to achieve international success as “the voice of a generation.”

10:05pE—Network Premiere—Joaquin Phoenix brings the story of The Man In Black to life in the Oscar-winning biopic WALK THE LINE, starring as a young Johnny Cash from his early days at Sun Records to his meteoric rise as a Country music icon.

The unforgettable event culminates in a special day-long marathon of Nash’s eight favorite rock docs, featuring The Who at 10aE, Stevie Ray Vaughan at 11:55aE, Prince at 2:10pE, David Bowie at 4:45pE, Green Day at 6:20pE, Lynyrd Skynyrd at 8pE, The Allman Brothers Band at 10:50pE, and Stevie Ray Vaughan at 12:45aE.

Here is a summary of the “Graham Nash Presents 9 Days of Rock Docs” schedule:

8pE – The Allman Brothers Band: After The Crash (TV Premiere)

9:55pE – Gone With The Wind: The Remarkable Rise And Tragic Fall Of Lynyrd Skynyrd (Network Premiere)

8pE – The Who: The Kids Are Alright (Network Premiere)

8pE – David Bowie: Ziggy Stardust And The Spiders From Mars

4:45pE – David Bowie: Ziggy Stardust And The Spiders From Mars

8pE – Gone With The Wind: The Remarkable Rise And Tragic Fall Of Lynyrd Skynyrd

10:50pE – The Allman Brothers Band: After The Crash