Every Wednesday in September, HDNET MOVIES is honoring two accomplished actresses as a part of our Woman Crush Wednesday celebration. Below, read how each woman got into acting, and what role catapulted her into the spotlight. 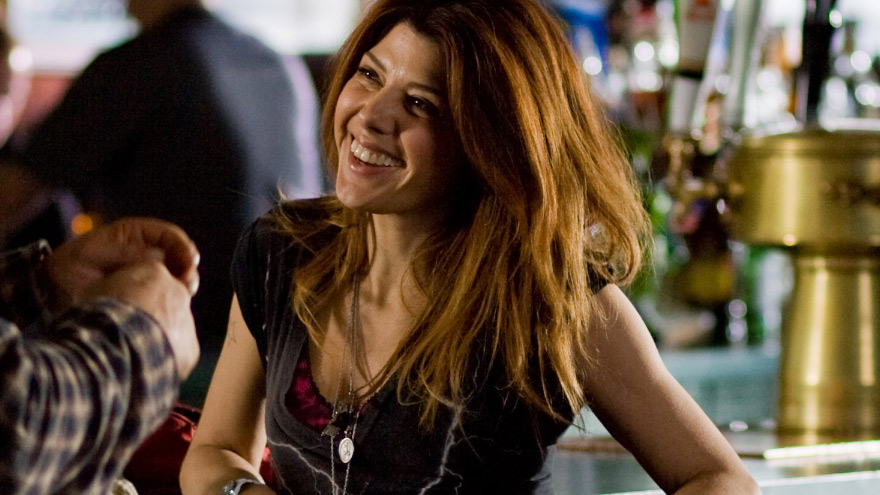 Marisa Tomei grew up in Brooklyn and as a child, her parents took her to New York City to attend Broadway productions. This sparked her interest in acting, and when she was 12 years old, she got involved in school drama projects. In high school, she would seek out auditions in the classified ads and spent her summers performing in plays in upstate New York. After graduation, she attended Boston University, but school took a backseat to her desire to be an actress. Her grandma set her up with a talent agent after her freshman year and she landed a role on As The World Turns. She dropped out of college and appeared on two episodes of the soap opera. She then went back to school on the small screen with a recurring role in season one of A Different World. Her breakthrough on the silver screen came in 1992 when she starred as unemployed hairdresser Mona Lisa Vito in My Cousin Vinny. She won the Academy Award® that year for Best Supporting Actress.

Sharon Stone grew up in Pennsylvania. Her academic smarts awarded her a scholarship to Edinboro University at the age of 15 to study creative writing and fine arts. She entered a few local beauty pageants while in school and was encouraged to move to New York to pursue modeling. After graduation, she moved in with her aunt in New Jersey, scored a contract with the Ford Modeling Agency, and soon was in print and TV ads all over the place. However, she realized that her true passion was acting. At 22, she quit modeling and showed up at a Woody Allen audition, where she was cast as “Pretty Girl on the Train” in Stardust Memories (1980). For several years she had minor roles on TV shows and in movies. In 1990, filmmaker Paul Verhoeven cast her opposite Arnold Schwarzenegger in Total Recall, which was a box office sensation and led to five more roles for Stone the following year, as well as a Playboy spread. And if that wasn’t sexy enough, Verhoeven then cast her opposite Michael Douglas in Basic Instinct (1992) as bisexual temptress Catherine Tramell, which continues to be the role she is remembered best for. 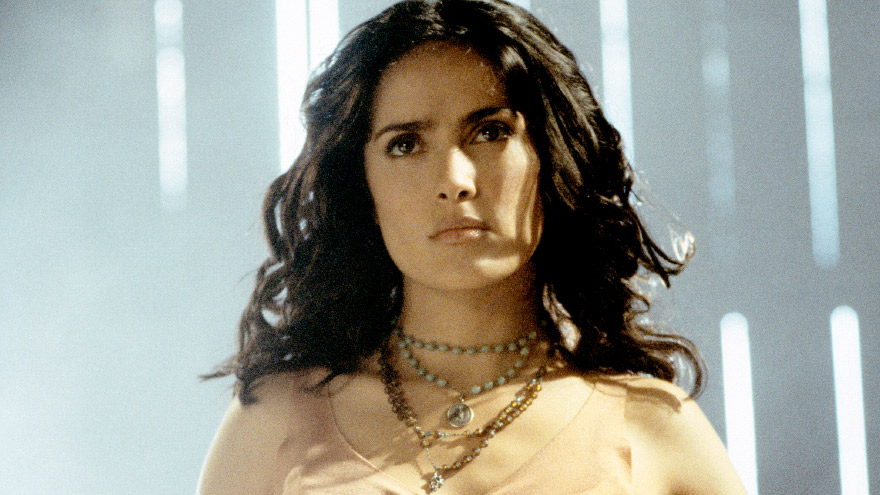 Salma Hayek was born, and lived, in Mexico until the age of 25. After graduating high school, she began taking classes at a university in Mexico City, but quickly dropped out to pursue her true passion – acting. At 23, she landed the title role in the Mexican telenovela Teresa. Her sights, however, were set on the movie industry and because that did not exist in Mexico, she literally packed two suitcases and moved to Los Angeles when she was 25. All the odds were against her – she was dyslexic, knew very little English, did not have a green card nor a Hollywood agent, and could not drive – but she never questioned her decision and it did not take long for her to be cast in her first big role alongside Antonio Banderas in 1995’s Desperado. She continued to star in a string of box office successes like From Dusk Till Dawn (1996), Wild Wild West (1999), and Traffic (2000), but most people, including Salma herself, considered her breakout role to be Frida Kahlo in 2002’s Frida. She was nominated for Best Actress in a Leading Role at the 2003 Academy Awards® and told Oprah that she wanted to do “one movie that if I die the next day, I know I left one thing in this world that I was very proud of,” and starring as Frida Kalho was that one thing. 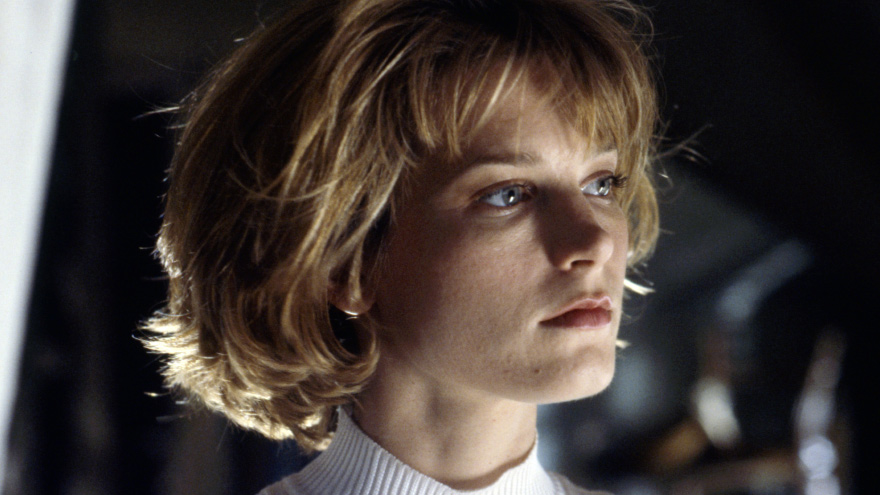 It is no mystery where Bridget Fonda acquired the acting bug from. Within her legendary acting family, her grandfather Henry Fonda, father Peter Fonda, and aunt Jane Fonda all had film credits under their belt by the time she was born and her first movie role, at the age of five, was alongside her dad in 1969’s famed cult classic Easy Rider. She took a good number of years off from show biz to get an education, which included a degree in acting from New York University’s Tisch School of the Arts in 1986. She had a minor part in the 1988 rom-com You Can’t Hurry Love and then landed her first major role in the 1989 UK production Scandal. Her breakthrough, however, happened in 1990 when she played a journalist held hostage by Vincent Mancini in The Godfather Part III. She then starred in Single White Female followed by a leading role in Cameron Crowe’s ensemble comedy Singles. 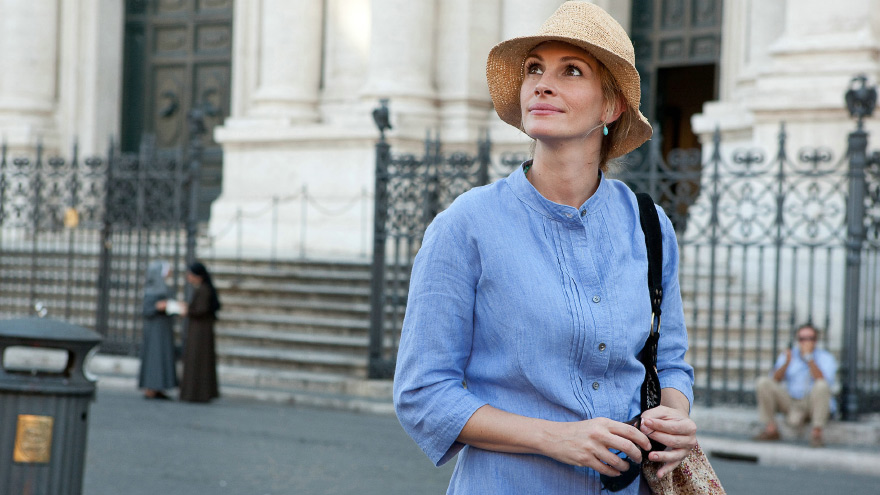 As a child, Julia had dreams of being a veterinarian, but when she realized it involved more than just talking to animals, she set her sights on acting. Her parents co-founded the Atlanta Actors and Writers Workshop, and both of her siblings are actors, so it was in her blood. After high school, Julia attended Georgia State University for a short while, but eventually headed to New York City to pursue her dreams. In 1988, she landed her first starring role in Mystic Pizza and a year later, she earned her first Academy Award® nomination for Steel Magnolias. She was well on her way after that, however it was her role as a prostitute in 1990’s Pretty Woman that really made her a household name, as well as earned her a second Oscar® nomination. Eleven years later, she won her first Academy Award® for her starring role in Erin Brockovich. 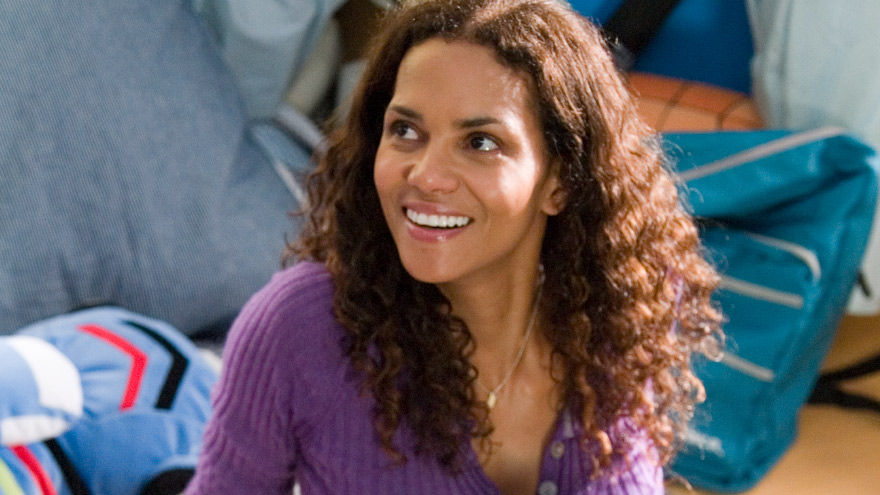 Movies have played an integral part in Halle Berry’s life since she was a young child. She dreamed of one day portraying Academy-Award® nominated African-American actress Dorothy Dandridge on the big screen, and she longingly watched The Wizard of Oz to escape from her emotionally-turbulent home life. In high school, she acted in some dramatic productions, and in the early 80s, she earned a handful of beauty pageant titles before being crowned first runner-up in the 1985 Miss U.S.A. competition. By 1989, she was itching to pursue her acting career and moved to New York City where her money quickly ran out and she was forced to live in a homeless shelter. However, that did not stop her from auditioning and soon thereafter, she landed a starring role on the short-lived TV show Living Dolls followed by a six-episode run on Knot’s Landing. Her first film role was in Spike Lee’s Jungle Fever (1991) where she played a drug addict. The film roles just kept on coming after that, including her starring role in the 1999 HBO biopic Introducing Dorothy Dandridge, where she truly got to live out her dream. And in an ironic twist, two years later, she became the first woman of color to win the Academy Award® for Best Actress for her role in Monster’s Ball (2001). Dandridge was the first woman of color to ever be nominated for this award. 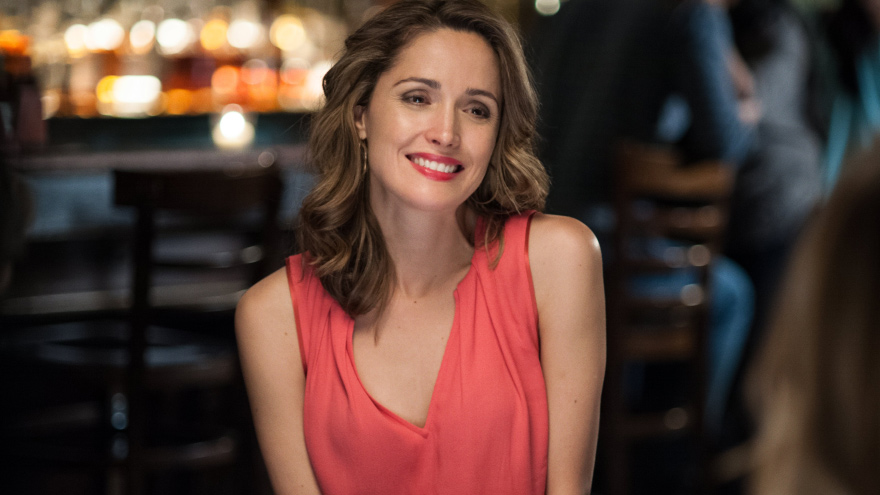 Rose Byrne grew up in Australia and is the youngest of four siblings. When she was eight years old, she was encouraged to take acting lessons to get over her shyness and she fell in love with it. Five years later, by a stroke of luck, she was cast in her first film role, Dallas Doll, and subsequently appeared in several Australian television shows during her teenaged years. Her parents insisted she go to college, so she enrolled in English literature and gender studies at Sydney University. School, however, did not inspire her the way acting did and she eventually dropped out to make the 1999 Australian film Two Hands with the late Heath Ledger. A year later, she decided to move to Los Angeles to test her luck there. She successfully landed several roles in movies such as Star Wars: Episode II – Attack of the Clones (2002), Troy (2004), and Marie Antoinette (2006), but gained recognition from the dramatic series Damages, which ran for five seasons on FX. And it was her desire to test out her comedic talent that garnered her further recognition in Hollywood, starting with Get Him to the Greek (2010), followed by Bridesmaids (2011), The Internship (2013), Neighbors (2014), and Spy (2015). 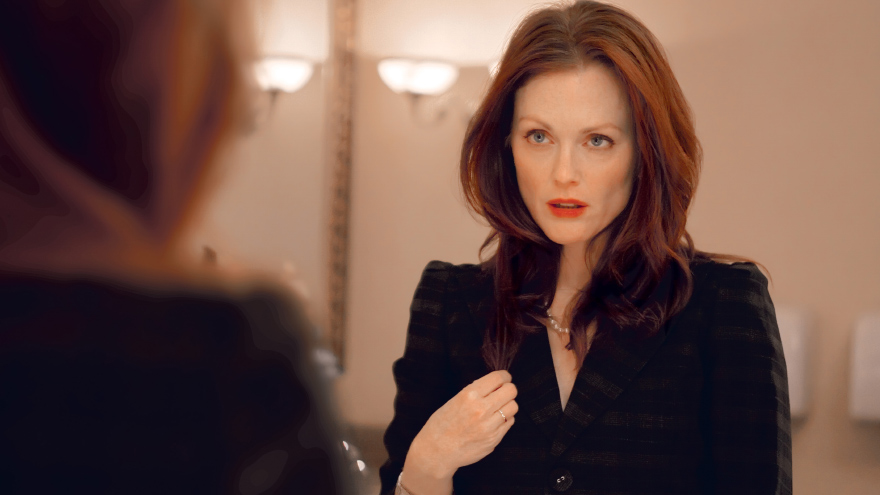 Julianne Moore moved all over as a child – her dad was a paratrooper for the U.S. Army – and she dreamed of becoming a doctor. While living in Germany and attending high school, she got involved in the school plays and knew she had found her true calling. Against her parents wishes, she enrolled in drama courses at Boston University and earned her BFA in Theatre. She then did what any young actress on the East Coast would do – she moved to New York and worked as a waitress while auditioning for roles and acting in off-Broadway shows. Soap operas were the first to cast Moore, and in 1985, she scored a consistent role on As The World Turns. Her first movie role wouldn’t come for five more years when she was cast in 1990’s comedy/horror flick Tales from the Darkside: The Movie. She had a few minor television and film roles before being cast in Robert Altman’s Short Cuts (1993), followed by Vanya on 42nd Street (1994), and Roommates (1995). All three performances were raved about by critics, though the films themselves were not mainstream. It was in 1997, with her Academy-Award® nominated role in Boogie Nights as a porn star, that led to her Hollywood notoriety. She was nominated four more times, twice in the same year (2002), and the fourth time proved to be a charm when she won the Academy-Award® for Best Actress for her portrayal of a woman with early onset Alzheimer’s disease in 2014’s Still Alice.

Tune in every Wednesday for Woman Crush Wednesday starting at 8/7c:

The Wrestler (2008) – 8/7c
Worn out wrestler Randy “The Ram” Robinson (Mickey Rourke) attempts to retire, but financial troubles and a strained relationship with his daughter (Evan Rachel Wood) land him back inside the ring. Marisa Tomei plays Cassidy, a stripper that Randy takes an interest in.

The Quick and the Dead (1995) – 9:55/8:55c
A female gunslinger (Sharon Stone) rides into the town of Redemption to participate in the annual quick draw contest to avenge the murder of her father.

Once Upon a Time in Mexico (2003) – 8/7c
A rogue CIA agent (Johnny Depp) attempts to recruit El Mariachi (Antonio Banderas), a mythic Mexican vigilante, to stage a coup. At the same time, El Mariachi is seeking revenge against those responsible for the death of his wife (Salma Hayek).

Point of No Return (1993) – 9:45/8:45c
An amoral murderess (Bridget Fonda) falls in love and tries going straight, but the government that trained her won’t let her out of her assassination obligations.

Eat Pray Love (2010) – 8/7c
After her divorce, a woman (Julia Roberts) goes on a year-long journey of self-discovery, experiencing the joy of food in Italy, power of prayer in India, and true love and peace in Bali.

Insidious (2011) – 8/7c
Josh (Patrick Wilson) and Renai (Rose Byrne) Lambert’s new house appears to be possessed, and their son has fallen into a coma, but when they move to get away from the evil, they realize it was not the house.

Chloe (2010) – 9:45/8:45c
A woman (Julianne Moore) who suspects her husband (Liam Neeson) is cheating hires an escort (Amanda Seyfried) to seduce him, and ends up in a dangerous web of sexual desire.