We Met on Set – Broken Engagements of Hollywood’s Hottest Couples

In honor of Valentine’s Day, a time of love, romance, and way too much chocolate, why not look back at some of Hollywood’s hottest couples. These nine twosomes began steamy love affairs on set, all leading to a proposal, but never made it down the aisle. They taught us it is okay to say, “This isn’t working for me anymore.” Luckily, most had a “happily ever after” ending…just with someone else. 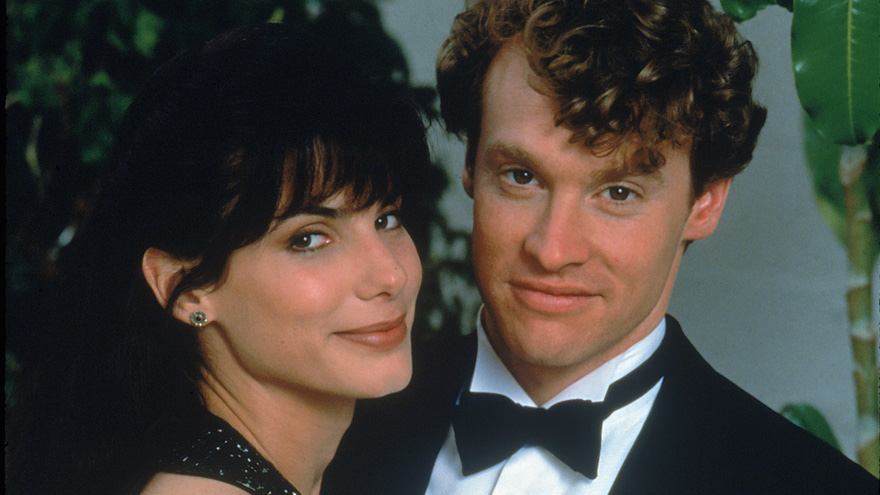 Tate Donovan & Sandra Bullock
The couple stayed together for three years before breaking off an engagement in 1995. Donovan then went on to date Jennifer Aniston for three years, and they too were engaged to be married, but split up in 1998. Aniston began seeing Brad Pitt shortly after.

Brad Pitt & Gwyneth Paltrow
Speaking of Brad Pitt, he and Paltrow met in the mid-1990s on the set of Se7en and became engaged in 1996. They broke off the engagement one year later. Paltrow recently told Entertainment Tonight, “I think I was a kid and I wasn’t ready, and he was too good for me.”

Dylan McDermott & Julia Roberts
Roberts earned both an Oscar nomination, and an engagement with McDermott, by starring in Steel Magnolias, but her and McDermott ended the relationship in 1990. Right in time for her to meet…

Kiefer Sutherland & Julia Roberts
…Kiefer Sutherland! The couple began dating on the set and were engaged within months. Roberts even thanked her “beautiful blue-eyed, green-eyed best friend, who gives me everything,” in her Golden Globe acceptance speech for Best Supporting Actress for Steel Magnolias in January of 1990. But 18 months later, and three days before they were to walk down the aisle, Roberts panicked and ran off with Sutherland’s friend, Jason Patric. Years later, Sutherland thanked her for her courage to end the relationship, stating their immaturity (as opposed to his former friend Patric) as the reason for his runaway bride.

Emilio Estevez & Demi Moore
After meeting on the set in 1984, the couple dated and eventually became engaged, but called it off in 1987. Nearly 30 years later, the two are still good friends.

Ryan Gosling & Rachel McAdams
During filming, the two could barely stand each other until director Nick Cassavetes brought them into a private room together and forced them to “have it out.” They continued arguing, but it brought a passion to the screen and eventually in real life. They got together two years after filming wrapped in 2005 and McAdams was seen, at one point, with a diamond ring on her finger, though no announcement was ever officially made. The couple split in 2007, tried again in 2008, but only lasted a few months before calling it quits again. In 2007, Gosling called McAdams “one of the great loves of my life.”

Ben Affleck & Jennifer Lopez
The two met on set and dated for 18-months, becoming engaged during that time. They split in 2003, one day before the ceremony, blaming the media blitz. Lopez admitted the pair was never a perfect match, but says there was definitely love there and if it had been a different time, things may have worked out. In September of 2016, it was rumored that they were back together after Affleck’s split with wife Jennifer Garner, but that was quickly shot down as a false tabloid cover story.

Jude Law & Sienna Miller
The pair began dating in 2003 and became engaged in December of 2004, but called off their engagement in July 2005 after Law confessed to having an affair with his children’s former nanny. A reconciliation was attempted in 2009, but after two years, they called it off again and remain close friends to this day.

Jim Carrey & Renée Zellweger
The couple began dating immediately, and were engaged from 1999 to 2000 during their 18-month relationship. According to The National Enquirer, Carrey dumped Zellweger after she demanded he set a wedding date. That is probably something he should have thought about before popping the question.


Tune into HDNET MOVIES on Tuesday, February 14th starting at 6a/5c for a Share the Love: Valentine’s Day Marathon, including the film that brought Sandra Bullock and Tate Donovan together:

Love Potion No. 9 – 6a/5c
Sandra Bullock stars opposite Tate Donovan in this comedy film about two scientists who concoct a potion that makes a person irresistible to the opposite sex.

Mystic Pizza – 7:35a/6:35c
Julia Roberts stars in this coming of age comedy-drama about three young women, all waitresses at a pizza parlor, who are experiencing the ups and downs of love and romance.

Catch and Release – 9:25a/8:25c
After her fiancé dies suddenly, Gray attempts to put her life together as she uncovers secrets about him and gets closer to one of his friends she initially disliked.

Mannequin – 11:30a/10:30c
A young window dresser falls in love with a mannequin he created who comes to life just for him and nobody else.

My Boss’s Daughter – 2:45/1:45c
A young man agrees to housesit for his boss in the hopes he can get close to his boss’s daughter, but a number of obstacles get in his way.

Legally Blonde – 4:20/3:20c
Sorority girl Elle Woods, played by Reese Witherspoon, applies to Harvard Law School to win her boyfriend back, but discovers she has a knack for the law once she gets in.