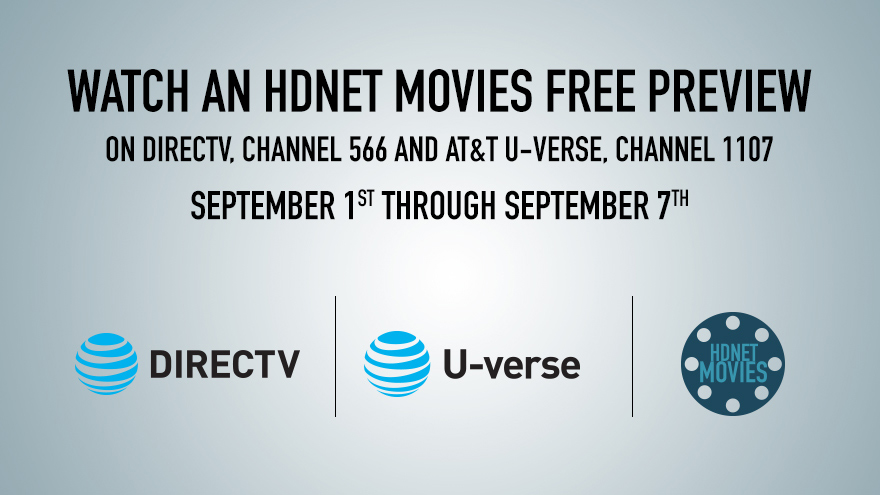 We are thrilled to announce an ENTIRE WEEK of FREE MOVIES during our DIRECTV and AT&T U-verse Free Preview starting on September 1st!

Join HDNET MOVIES from September 1 through September 7 for unlimited access to our outstanding lineup of films.

Don’t have HDNET MOVIES? Why not check it out during the Free Preview Week and then call your local DIRECTV provider to add on the DIRECTV HD Extra Pack to your existing package. You’ll never miss another blockbuster film or award-winning classic again!