Biopics, or biographical films, are the most demanding on an actor or actress. They are given the task of taking on a non-fictional or historically-based person as their character, one with established, and often well-known, quirks, traits, and demeanors. It is not a character the actor or actress has the freedom to play around with, unless so asked by the filmmaker. It often requires the movie star to study the real figure, watch hours of video, read books or interviews, and even take on a job he or she did. Listed below are 5 biopics and the memorable ways these actors prepared to play their role. 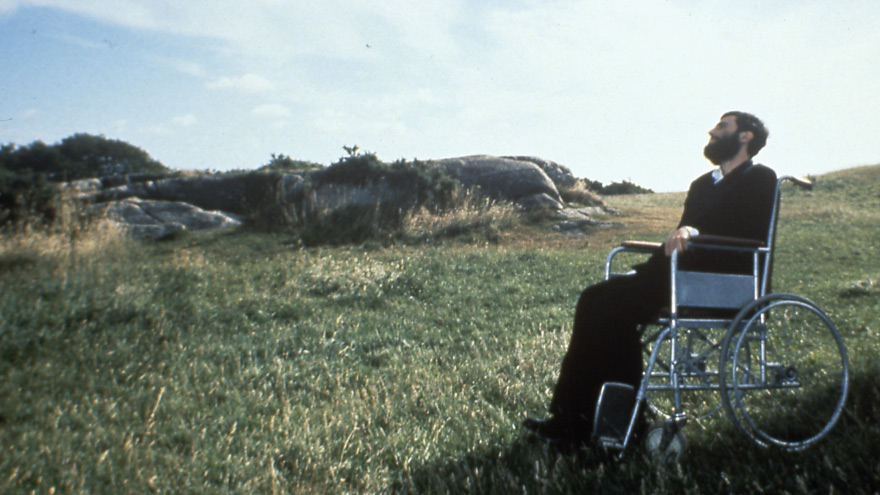 Daniel Day-Lewis is famous for his method acting and the lengths he is willing to go to get into character. He once told an interviewer that the “prevailing opinion in Britain is that I am mad.” For My Left Foot, Day-Lewis portrayed a man with cerebral palsy and he spent the entire shoot in a wheelchair, and in character. He had members of the crew spoon feed him and he would require assistance to get in and out of the car that drove him to the sets. Prior to filming, he stayed at a cerebral palsy clinic for eight weeks, learning to speak as Christy Brown did, and to write and paint with his left foot. He won the Academy Award® for Best Actor that year, and has since both won and been nominated for other roles that he dedicated himself to preparing for, both before and during the movie shoots. 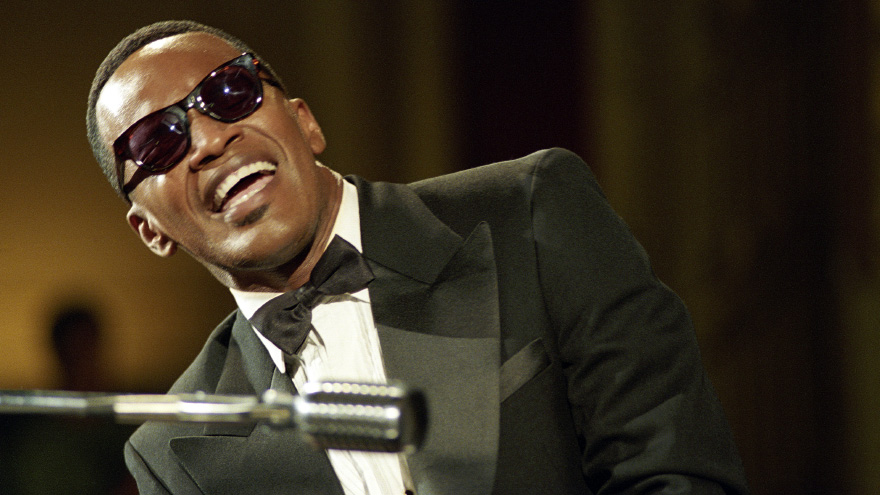 Jamie Foxx lost 30 pounds to play famed singer-songwriter Ray Charles, which he said was tough, but not nearly as difficult as having his eyes glued shut. Director Taylor Hackford asked Foxx to do that so he could accurately portray, and get the feel of, the blind musician. Prosthetics modeled after Charles’ damaged eyelids were made for the actor, which he wore for 14 hours a day during filming. As Foxx adjusted to his new eyes, he suffered from panic attacks and claustrophobia. Foxx won the Oscar® that year for Best Actor, and he thanked Hackford for waiting 15 years to get him to do it. This experience did not deter Foxx from going to extremes for his future roles. In 2009, he had a dentist chisel down his front teeth to make them crooked when he played a schizophrenic music genius in The Soloist. He said midway through filming, he went to see a psychiatrist to deal with his fear of mental illness brought on by playing this character. 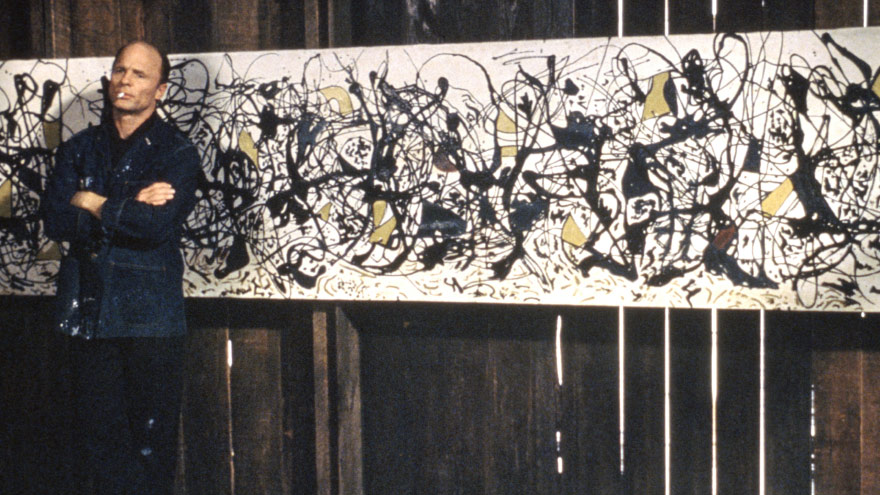 Ed Harris not only starred in Pollock, but he also directed and produced the Oscar®-winning film, which he worked on for 10 years. His interest was sparked after his father sent him a book on the artist Jackson Pollock. He cannot explain what captivated him about the painter, just that he was drawn into his struggles and identified with them. He taught himself how to paint like Pollock by watching a documentary on his drip method, and he taught himself how to direct a film by observing filmmakers he has worked with. He also read every biography written on Pollock, visited art galleries, switched to Pollock’s brand of unfiltered cigarettes, and gained weight to portray him in his last years. Harris was nominated for the Oscar® that year, but lost to Russell Crowe for Gladiator. 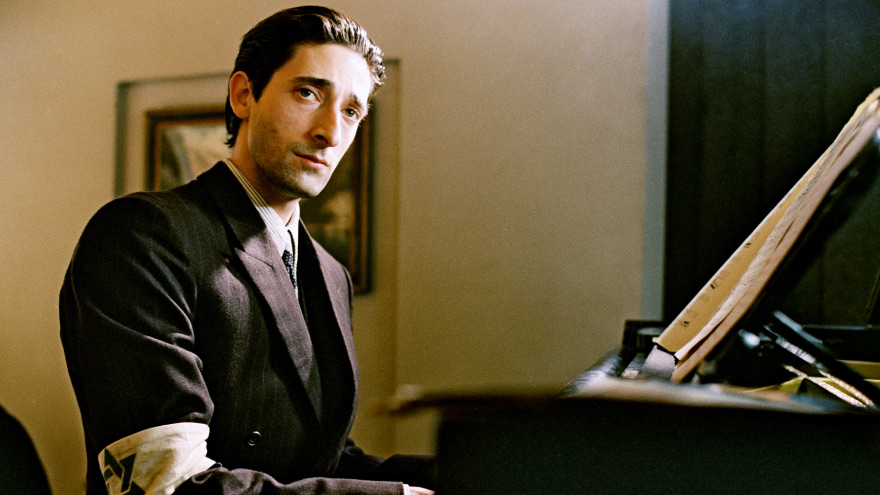 The Pianist is based on the memoir of the same name written by Władysław Szpilman, a Polish-Jewish pianist/composer who lived in Warsaw in occupied Poland during WW II. Director Roman Polanski chose Adrien Brody for the role partly because he was in Europe at the time, where the film would be shot. Brody was honored and committed himself to the role. He starved himself down to 130 pounds, took intensive piano lessons, and learned to speak Polish. He gave up his New York apartment and turned his phone off during the eight month span where he prepared for the role and shot the film. He said there was not a single moment, on or off set, where he could escape the mindset of Szpilman. Brody went on to win the Academy Award® for Best Actor and received widespread recognition for his performance. The film also won two other Academy Awards®, for Best Director and Best Adapted Screenplay, and was nominated for four more. 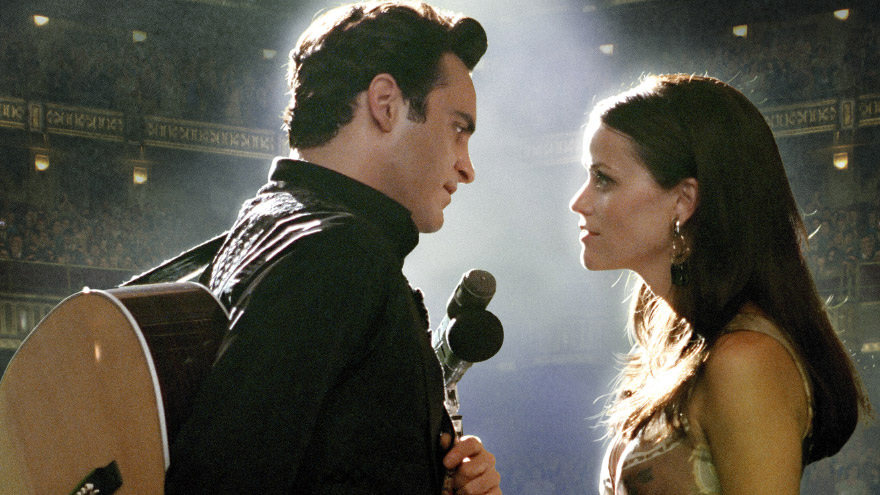 Joaquin Phoenix and Reese Witherspoon in Walk The Line (2005)

Director/writer James Mangold knew he had his duo to play country music stars Johnny Cash and June Carter in Joaquin Phoenix and Reese Witherspoon based on their past movie performances, even though neither had any musical experience. Phoenix had never even sung before! But Mangold insisted that they do all their own vocal work, so both actors spent nearly six months training, learning to play instruments and recording an album. They would do this five to six hours a day on top of watching interviews and listening to recordings of the duo to get the look, sound, and mannerisms of Johnny and June. At the time, Witherspoon said it was the hardest movie she had ever made, but all the hard work paid off because she won the Academy Award® for Best Actress that year for her performance.

Tune into HDNET MOVIES on Sunday, July 2nd to watch REEL STORIES, featuring six biopics with awe-inspiring performances from the actors and actresses playing real life figures that made an impact on history.

The King and I – 3:30/2:30c
Debra Kerr stars as Anna Leonowens, a widowed schoolteacher from the 1800s who tutored the King of Siam’s (played by Yul Brynner) children.

Awakenings – 5:50/4:50c
Based on the 1973 memoir written by neurologist Oliver Sacks, Robin Williams portrays the doctor as he discovers the beneficial effects of the drug L-Dopa on catatonic patients. Robert De Niro plays Leonard Lowe, a patient treated in the film and used to demonstrate the progression from a catatonic state to an awakened one.

Amelia (network PREMIERE) – 8/7c
Hilary Swank stars as Amelia Earhart in this biopic about the legendary American aviatrix, from her determination to fly to her passionate affair with Gene Vidal (Ewan McGregor).

Antwone Fisher – 10/9c
The book which the film is based on and screenplay were both written by Antwone Fisher, a man with a traumatic past who joined the navy and worked through his trauma, as well as developed a lifelong friendship with, the psychiatrist he saw there. Derek Luke, who knew Fisher, portrays him on screen and Denzel Washington plays his psychiatrist.

The Iron Lady (network PREMIERE) – 12:05a/11:05c
Meryl Streep portrays the first and only female Prime Minister of the U.K., Margaret Thatcher, in this intimate portrait of her life. Streep wore several different prosthetics during filming to accurately create Thatcher’s appearance throughout the years.

Birdman of Alcatraz – 3:30a/2:30c
Based on the story of prisoner Robert Stroud who began studying birds after being sentenced to life in prison in 1920 for killing a prison guard. Burt Lancaster portrays Stroud and met him shortly after the movie was released, which was just months before Stroud died of natural causes in jail.