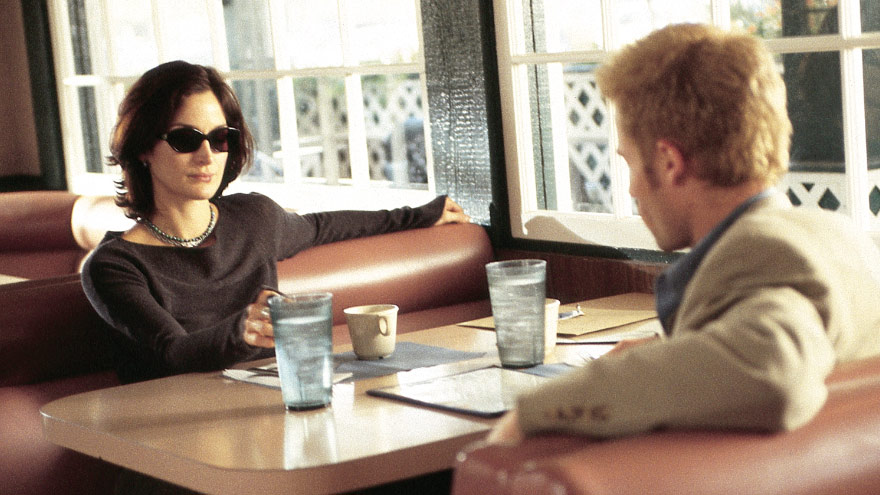 Here are 10 mind-boggling facts about Memento told BACKWARDS (aka in reverse order).

10. YOU CAN WATCH IT IN CHRONOLOGICAL ORDER…

…by answering a few “simple” questions on the Limited Edition DVD. If you go to the Special Features menu on Disc 2, and wait for Memento Mori to fade in and out, you can then push the ‘Enter’ button and find this alternate version. However, you must first answer a questionnaire and arrange a picture before the DVD will allow you to watch it in chronological order. It can be a tricky thing to accomplish, but if you do a search online for this “easter egg,” you will find out how to crack the riddle.

Anterograde Amnesia refers to the inability to create new memories as a result of head trauma or drug/alcohol abuse. Memories prior to the injury stay intact, but short term memory and memories made post-injury cannot be stored properly and are often lost. Sufferers can carry on conversations and learn new tasks, but once they are distracted or are removed from the task, all memory of it fades. Several medical experts have praised Memento for its realistic and accurate depiction of anterograde amnesia in the character Leonard, played by Guy Pearce.

8. TOBOLOWSKY IMPROVISED ALL HIS LINES

Nolan wanted him to improvise Sammy’s lines, so the script had no written dialogue. In an interview with The A.V. Club, he said it was the most difficult part he has ever played because “part of my brain had to remember what it was doing, and another part had to not remember what I was doing.” Nolan also encouraged Guy Pearce to improvise during the scenes where he narrates Sammy’s story. 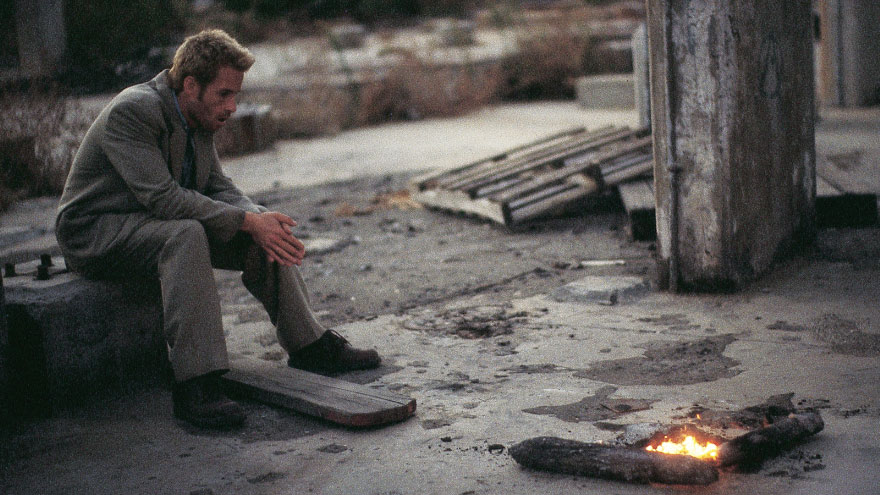 Tobolowsky, who played amnesia-affected Sammy Jankis, suffered from temporary amnesia years before following a kidney stone procedure. When he went in for the audition, Nolan asked him why he wanted the part and Tobolowsky shared this story with him. He thinks he got the part because Nolan was so fascinated by it.

6. THE SHOOT WAS INCREDIBLY SHORT

The whole film was shot in 25 days, which is insanely fast for a movie. Nolan said actors rarely had time to leave the set and go back to their trailer. They did 40 to 50 set ups a day (the norm is 10 to 12). Guy Pearce was on set for the entire length of the shoot, but Carrie-Anne Moss shot all her scenes in eight days.

Another major marketing strategy employed trailers, shown on cable TV channels like A&E and Bravo, and pushed on various websites. Because Newmarket both produced and distributed the film, the studio allowed Nolan to edit the trailers himself. They were a major tool in creating widespread public notice and getting audiences into theaters on opening weekend.

Christopher convinced his brother to make the website for Memento to provide further information into the story. A newspaper clipping is shown and people can then click on certain words to learn more about the story. Per Christopher, it is a kind of three-dimensional narrative where the viewer is able to see the information in whatever order he/she finds most interesting. The website it still up and running today. 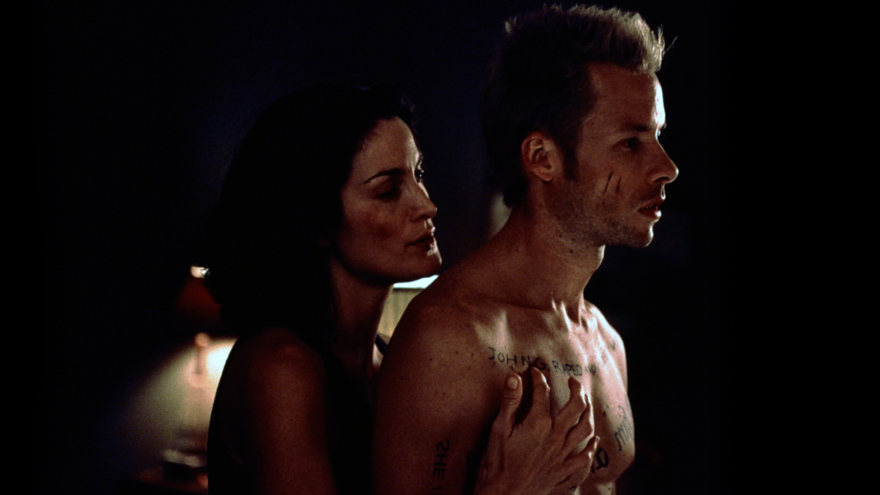 3. IT TOOK A LONG TIME TO FIND A DISTRIBUTOR

Studios were scared to take a chance on the film due to its challenging nature. Nolan credited it to their “lack of adventurousness.” It leaves audiences with lots of questions, and that left studios fearing no one would want to watch it. Nolan and his crew felt very hopeless at one point and did not know what to do. Luckily, Newmarket Films, the studio that produced it, decided to distribute it themselves. Financially this was quite risky, but it proved to be a profitable investment and the studios that passed on the film were left regretting their decision.

Nolan wrote the screenplay in linear order and after completing it, he went back and reordered it to follow what we see on screen. Him and his brother both agreed that the most interesting approach was to tell it from a first person perspective, but only Christopher’s version tells the story backwards.

1. IT IS BASED ON CHRISTOPHER NOLAN’S BROTHER’S STORY

While the brothers were on a road trip in 1996, Jonathan Nolan told his brother about a short story he was working on and Christopher loved the concept. He asked his brother if he could write a screenplay based on it, and the two then started simultaneously writing about the same storyline. Just as Christopher was finishing the screenplay, Jonathan completed his short story. Jonathan has co-written several screenplays with his brother, including The Prestige, The Dark Knight, and Interstellar.

Be sure to catch Memento this January on HDNET MOVIES. For a complete monthly schedule with air times, synopses, and much, much more, visit HDNETMOVIES.com.