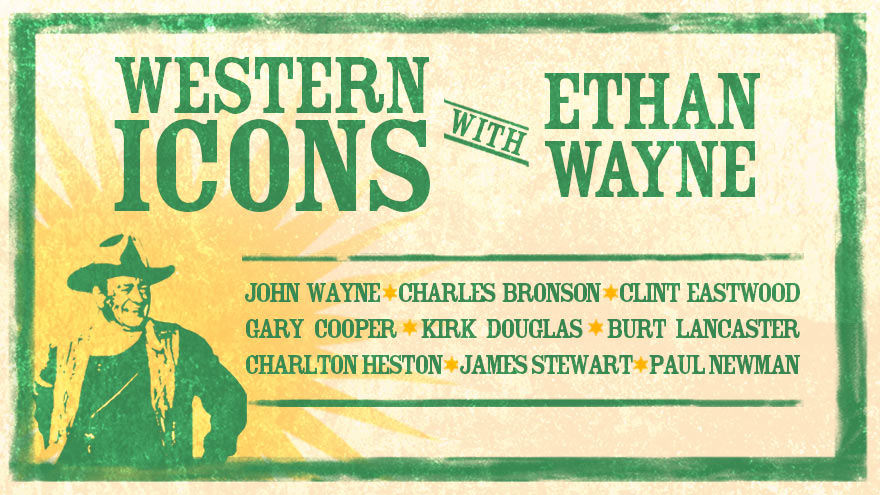 Plus a 24-Hour Memorial Day Western Marathon on Monday, May 28

Los Angeles – April 26, 2018 – In honor of what would have been John Wayne’s 111th birthday this May, The Duke’s son and President of John Wayne Enterprises Ethan Wayne opens his vault of never-before-seen photos and rare memorabilia for HDNET MOVIES’ WESTERN ICONS film collection starting Friday, May 18. Ethan Wayne will host 10-nights of western classics on the network celebrating his father and the legendary actors of his generation with a double-feature each night at 7pE/4pP.

Before each film, Ethan Wayne will tell personal stories about the stars, many of whom he built relationships with while growing up on movie sets with his father, such as advice John Wayne gave to Clint Eastwood early in his career, how John Wayne kept his friendship and had civil discussions with Paul Newman despite differing political views, and John Wayne’s witty banter with his pen pal Kirk Douglas while Wayne was in the hospital.

Ethan Wayne will also share a treasure trove of behind-the-scenes photos and select memorabilia related to the films from his collection at John Wayne Enterprises. Some rare pieces include John Wayne’s original prop assistant card from his first job in cinema on the Fox Film lot and his five favorite films, as written on a card he filled out for The Academy of Motion Picture Arts and Sciences.

WESTERN ICONS culminates in a 24-hour Memorial Day marathon of films featured in the event on Monday, May 28 beginning at 6aE/3aP.

“The western film genre and the core values of grit, honor and loyalty that my father embodied both on and off the screen are what he is still best remembered for today,” says Ethan Wayne. “Both fans and anyone that wants to get immersed into the classic western films will enjoy this special feature. We gave HDNET viewers a glimpse into my father’s world that few have seen.”

For a complete schedule of films and times, visit hdnetmovies.com/feature/western-icons/.