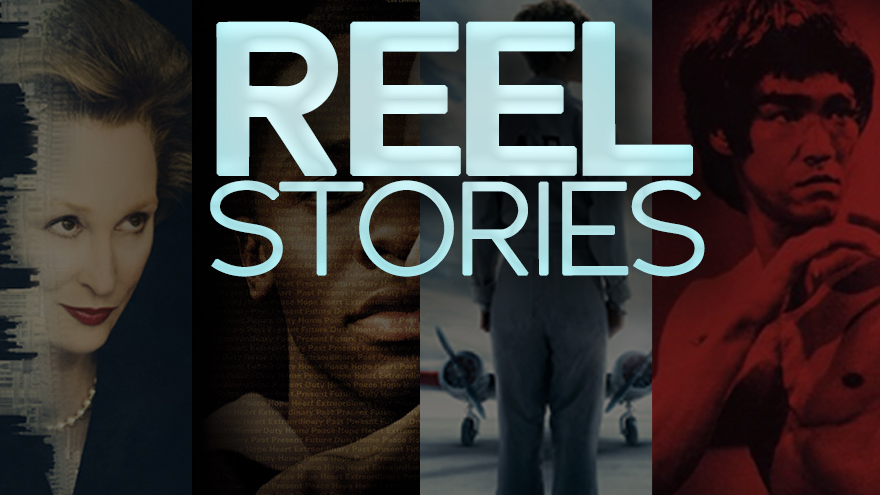 HDNET MOVIES SHINES THE SPOTLIGHT ON 7 ACCLAIMED BIOPICS IN THE ‘REEL STORIES’ BLOCK, INCLUDING MERYL STREEP IN THE NETWORK PREMIERE OF ‘THE IRON LADY,’ SUNDAY, JULY 2 STARTING AT 3:30pE

Other July Highlights Include Remembering Adam West with a Special Airing of ‘BATMAN’ July 9, a Sylvester Stallone Birthday Bash, a Nic Cage Marathon, and an ‘A-List’ Lineup of Denzel Washington Dramas

Los Angeles – June 21, 2017 – HDNET MOVIES presents a star-studded July programming roster packed with award-winning dramas, hard-hitting action epics, and more, headlined by the Reel Stories marathon highlighting seven critically acclaimed biopics on Sunday, July 2 at 3:30pE. The special event opens with Deborah Kerr and Yul Brenner in the Oscar®-winning musical THE KING AND I, and also includes Robin Williams and Robert De Niro in AWAKENINGS (5:50pE); Richard Gere and Hilary Swank in the premiere of AMELIA (8pE); Derek Luke and Denzel Washington in ANTWONE FISHER (10pE); Meryl Streep as Margaret Thatcher in the network premiere of THE IRON LADY (12:05aE); Bruce Lee in the network premiere of the 1984 documentary BRUCE LEE, THE LEGEND (1:55aE); and Burt Lancaster in BIRDMAN OF ALCATRAZ (3:30aE). The event will encore on Thursday, July 27 at 5:40pE.

Celebrate Sly this July, as HDNET MOVIES honors action icon Sylvester Stallone with the Stallone Birthday Bash on Thursday, July 6. The evening begins at 7pE with Stallone in the 2001 racecar drama DRIVEN with Burt Reynolds; followed by CLIFFHANGER, with John Lithgow at 9pE; THE SPECIALIST with Sharon Stone at 11pE; and ASSASSINS with Antonio Banderas at 12:55aE.

Spend an evening with fan-favorite Nicolas Cage with a five-film movie marathon on Saturday, July 15. The event kicks off at 6:15pE with IT COULD HAPPEN TO YOU, then, don’t miss THE WEATHER MAN at 8pE, KNOWING at 9:45pE, RED ROCK WEST at 11:50pE, and SNAKE EYES at 1:35aE. The marathon will encore on Monday, July 24, at 5:50pE.

HDNET MOVIES puts the spotlight on one of cinema’s finest actors with The A-List event saluting Oscar® winner Denzel Washington, every night at 9pE from Monday, July 17 through Wednesday, July 19, with a marathon on Saturday, June 29 starting at 5pE. The three-day, six-film event begins on July 17 with Washington in his second big screen role in the 1984 mystery A SOLDIER’S STORY; and the FBI thriller THE SIEGE, with Bruce Willis, at 10:45pE. On July 18, Washington makes his directorial debut in the 2002 docudrama ANTWONE FISHER, and gets caught in a web of lies in the 1995 caper DEVIL IN A BLUE DRESS, with Tom Sizemore, at 11:05pE. The event comes to a close on July 19, as Washington fights to clear his name in OUT OF TIME, with Eva Mendes, followed by the 1996 military drama COURAGE UNDER FIRE, with Meg Ryan, 10:50pE.

HDNET MOVIES’ July highlights are as follows (all times eastern):

The A-List: Denzel Washington—Every Night at 9pE from July 17 to July 19