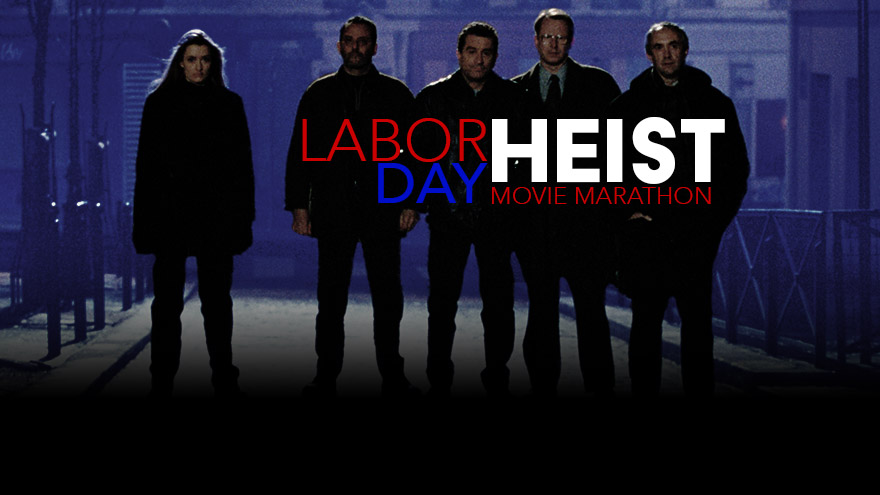 The Two-Day Eight-Film Event also Includes Laurence Fishburne in ARMORED, and the Network Premieres of TRACERS and TAKERS

Los Angeles – Aug. 15, 2017 – Some of cinema’s most cunning crooks are on the job this September, as HDNET MOVIES presents a Labor Day Heist weekend lineup starting at 7:15pE on Sunday, Sept. 3 and Monday, Sept. 4. The two-day event puts the spotlight on eight crime capers, starting on Sept. 3 with Hugh Jackman as a hacker hired to help a covert ring recover a billion-dollar score in SWORDFISH, with John Travolta and Halle Berry. The night also includes a pair of premieres featuring Taylor Lautner in TRACERS at 9pE, and Matt Dillon and Idris Elba in TAKERS at 10:35pE. And Daniel Craig stars as a retiring drug dealer tasked with a deadly final assignment in LAYER CAKE, with Tom Hardy, at 12:25aE.

The block continues on September 4 with Sam Worthington and Elizabeth Banks in the 2012 diamond heist hit MAN ON A LEDGE at 7:15pE; followed by Matt Dillon and Laurence Fishburne as security guards orchestrating a daring robbery in ARMORED at 9pE. Then, Robert De Niro is caught in a twisted web of international intrigue in RONIN, with Sean Bean, at 10:35pE. And Walter Matthau races against time to save a subway train hijacked by violent thugs in the 1974 thriller THE TAKING OF PELHAM ONE TWO THREE, with Robert Shaw and Jerry Stiller, at 12:40aE.

For a complete schedule of films and times, visit www.hdnetmovies.com/schedules