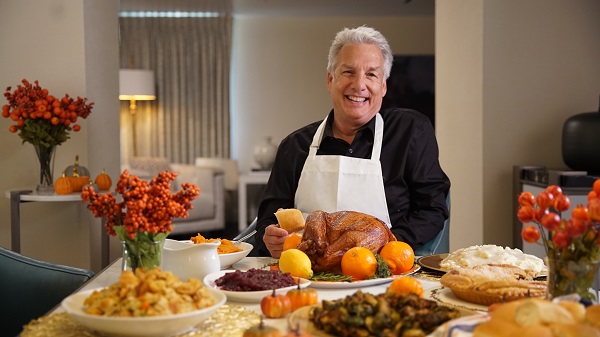 Los Angeles – November 1, 2018 – HDNET MOVIES gives thanks for great films this November, presenting a cornucopia of classics in the two-day “Thanksgiving Movie Feast” with host Marc Summers—now airing Thursday, November 22 through Friday, November 23. As previously announced, beloved TV personality Summers will introduce each film with fun facts and Holiday trivia throughout the event.

The first course is served up Thursday starting at 6aE, with Cher as a woman torn between her boorish fiancé and his charming baker brother (Nicholas Cage) in the Oscar®-winning hit MOONSTRUCK. Next, Ang Lee explores the unbreakable bond of family and food in the unforgettable dramedies EAT DRINK MAN WOMAN at 7:50aE, and THE WEDDING BANQUET at 10aE. Then, food truck owner Jackie Chan races to save a beautiful woman from a gritty gang in WHEELS ON MEALS at 11:55aE; and Penelope Cruz sizzles as a scorned chef seeking a fresh start in the whimsical romance WOMAN ON TOP at 1:40pE; and the visionary 1992 romance LIKE WATER FOR CHOCOLATEat 5:10pE, starring Marco Leonardi and Lumi Cavazos as lovers separated by the old ways of their small Mexican village.

The feast continues at 7pE with Russell Crowe as a businessman who finds life and love at his family’s vineyard in A GOOD YEAR, with Marion Cotillard. Then, best friends Paul Giamatti and Thomas Haden Church cruise through wine country in the acclaimed 2004 Oscar-winning favorite SIDEWAYS, with Virginia Madsen and Sandra Oh, at 9pE. And Juliette Binoche’s titillating treats bring life to an uptight French village in the five-time Oscar-nominated CHOCOLAT, with Johnny Depp and Judi Dench, at 11:10pE.

HDNET MOVIES serves up second helpings of the previous day’s films as the marathon continues through Friday, November 23.