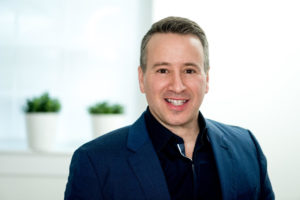 “Anthem has spent the last several months investing in research, content and the market opportunities for these two channels. Having Frank step in to lead the evolution of AXS TV and HDNET MOVIES is a significant addition to our executive team,” Asper said.  “He has an unprecedented track record of success and leadership at such outlets as Nickelodeon, CMT, Spike and Turner. That, coupled with his wide-ranging skills in revenue and distribution growth, channel branding, and digital media make him incredibly well rounded and capable of guiding both networks into the next generation of media. The experience he brings will be vital in establishing AXS TV as the premier destination globally for premium music programming, and HDNET MOVIES as the leading force for blockbuster films and classic favorites.”

“This is an incredible opportunity to help lead AXS TV and HDNET MOVIES forward into the future,” said Tanki. “I was fortunate enough to work with Len and many of the talented members on the AXS TV and Anthem teams over the past few months, getting a first-hand look at the amazing assets in place—not only at AXS TV and HDNET MOVIES, but across the broader Anthem spectrum. AXS TV is already such a great brand and I look forward to driving new areas of growth with both partners and consumers alike, as we work to build best-in-class partnerships and further establish our strong relationship with the fans.”

In a career spanning over a decade at Viacom, Tanki served in various senior executive roles, both running networks and leading the launch of some of the biggest global franchises in the company’s history. As General Manager of TV Land and CMT, he helmed strategic planning, multi-platform programming, marketing, creative, communications, and talent strategy for both networks. Among his accomplishments, Tanki helped lead the charge to grow TV Land’s hit original series “Younger” into a multi-platform franchise and with CMT, Tanki reinvented the company’s operational infrastructure to put an emphasis on growing long-term brand partnerships and its live experience footprint. During his tenure, CMT and TV Land both enjoyed significant increases in ad revenue and digital engagement.

As Executive Vice President, Brand Marketing and Creative at Spike TV, Tanki spearheaded all consumer marketing and creative development for the brand. He was integral in transforming the network into a premium, gender-balanced entertainment platform, launching the international hit music series “Lip Sync Battle,” and bolstering the continued growth of popular properties “Ink Master” and “Bar Rescue,” while helping to drive ratings and revenue records for Bellator MMA.

Tanki performed several different Senior Vice President roles while with Nickelodeon. He oversaw the planning and marketing of signature global hits “SpongeBob SquarePants,” “Teenage Mutant Ninja Turtles” and “Dora The Explorer.” He also built strategic partnerships with the NFL, NASCAR, MLB, and the NBA as well as worked with Sony Music, among others, to launch various initiatives including the original live-action hit series “Big Time Rush.” He started his career at Viacom as the Marketing Project Manager for The Rugrats Movie, which was Nickelodeon’s first major tentpole film, working closely with Paramount Pictures. He parlayed this into a role as Marketing Director where he helped to lead the launch of “SpongeBob SquarePants.”

Prior stints include serving as Director, Promotions Marketing at Turner, working on Cartoon Network and Adult Swim.  He began his career as Associate General Manager at Jujamcyn Theaters LLC, a Broadway theater owner and producer.

He earned his Bachelor of Science degree at Boston College, and received his Executive MBA at the Zicklin School of Business, Baruch College. Tanki serves on the Board of Future Leaders Today, a pro-social organization that provides mentoring and community outreach resources in the greater Philadelphia area.