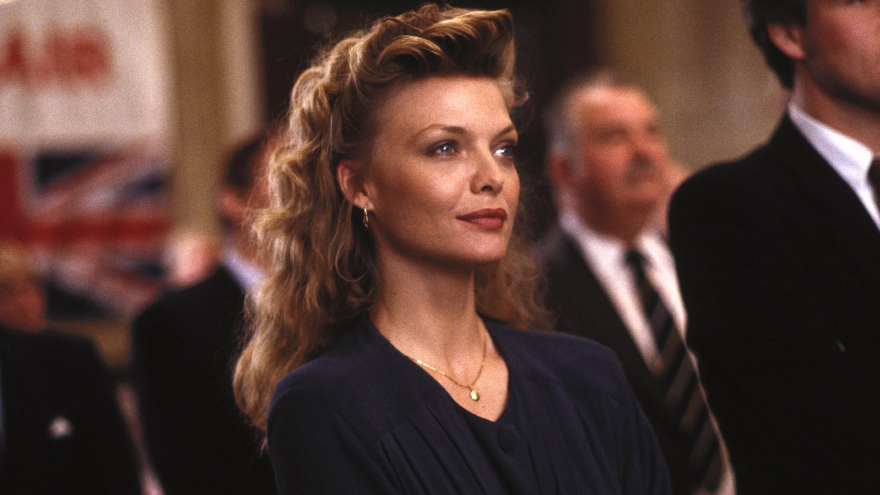 Michelle Pfeiffer in The Russia House (1990)

Michelle Pfeiffer’s debut television role as The Bombshell on ABC’s 1979 sitcom Delta House, which was a suitable-for-TV adaptation of the 1978 film National Lampoon’s Animal House. Lasting one season, Pfeiffer publicly said she detested the role because it was a “no-brainer,” but said it was worth it because it helped her get her foot in the door. Though she is definitely a bombshell, ergo one reason why we are crushing on her, she has proven several times she is so much more than a pretty face. Acting with the likes of Jack Nicholson, Al Pacino, and Jeff Bridges, Pfeiffer can hold her own amongst Hollywood’s leading men and stands out in all of her roles for her talent, charisma, and strong performances. This month, HDNET MOVIES will be honoring Michelle Pfeiffer by airing four films that show off her exquisite acting chops and remind us all why we have such a huge crush on this lovely lady.

Here are some riveting facts about the blonde bombshell:

After high school, Michelle went to college to become a court reporter, but she dropped out after three months and began acting classes instead.

For most of her life, Michelle has been an avid oil painter. She told James Lipton that if she could weren’t an actress, she would have liked to be a professional painter. 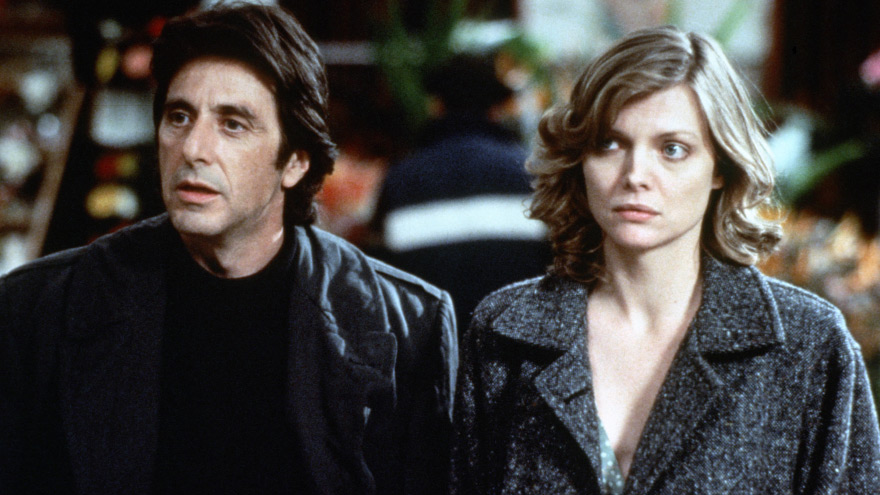 Al Pacino and Michelle Pfeiffer in Frankie and Johnny (1991)

Michelle accidentally cut Al Pacino during her second audition for Scarface. The scene required her to break dishes and a piece of broken glass clipped him. She later said she thought it, “endeared me to him,” and possibly helped her get the role of his wife in the film.

Michelle turned down the role of Maria Ruskin in Brian De Palma’s The Bonfire of the Vanities (1990) and instead accepted the role of Katya in The Russia House (1990). Michelle went on to earn a Golden Globe Nomination for her performance, while De Palma’s film won the Stinker Award for Worst Movie of the Year.

In 1978, Michelle entered the Miss Orange County beauty pageant thinking it would help her acting career, and she ended up winning the title. She then went onto to compete in the 1978 Miss California Beauty Pageant where she finished sixth. Two years later, she made her film debut as Suzie Q in The Hollywood Knights (1980).

A little over five years ago, Michelle began following a vegan lifestyle after watching Dr. Sanjay Gupta’s documentary The Last Heart Attack on CNN. The segment on Bill Clinton adopting a vegan lifestyle affected her the most, especially knowing that he is a foodie and is smart, so she knew there had to be something of value to the vegan diet. Now, she attributes the food plan to her outstanding health and avoidance of toxins that age her skin.

Michelle was nominated for a Golden Globe Award six consecutive years, from 1989 to 1994, for Best Performance by an Actress. She won one in 1990 for The Fabulous Baker Boys (1989).

Tune into HDNET MOVIES on Saturday, April 29th for The A-List: Michelle Pfeiffer, featuring four of her films, including The Russia House which earned her a Golden Globe Award for Best Performance by an Actress in a Drama.

Frankie and Johnny – 7/6c
An ex-con turned short order cook will stop at nothing to win the affection of a standoffish waitress in a Manhattan diner.

The Russia House – 9/8c
A British publisher is forced into espionage after a Russian woman tells him military secrets for a new book.

Married to the Mob – 11:10/10:10c
A widowed woman and her son get pulled into a ring of chaos, involving the man who killed her husband, his jealous wife, and the FBI agent investigating her mafia connections.

Chéri – 1a/12c
A famed courtesan is asked by her former colleague to teach her 19-year-old son about women, and it soon becomes a heated and passionate love affair that results in power struggles over sex, money, age, and society.