It’s that special time of year again, when four fabulously chic cities present the hottest styles for this coming spring/summer 2018. During Fashion Week, New York, London, Milan, and Paris gather the most influential designers to present their latest creations. In celebration of these events, HDNET MOVIES will be premiering two classic films about fashion from the ‘90s, Unzipped and Ready To Wear, on Thursday, September 7th at 9/8c. Below we take a look at the history behind seven iconic ‘90s fashion trends. 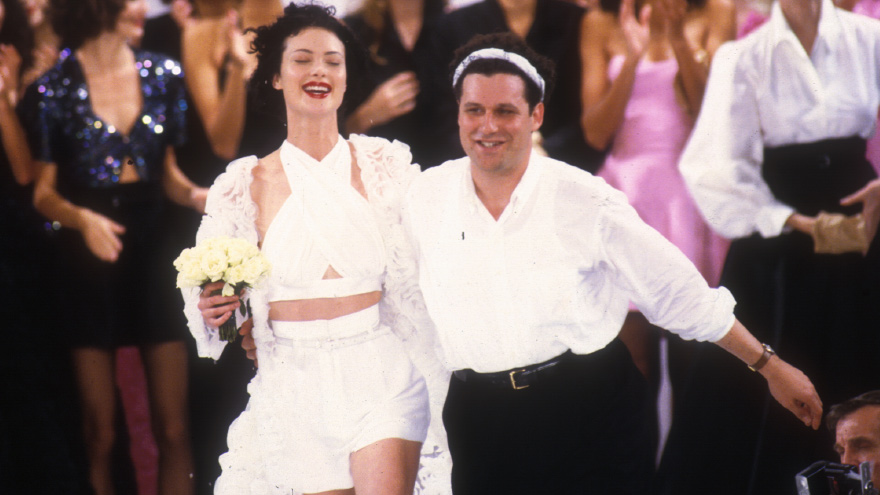 The bandana has been around for over 200 years and has been used for several different reasons. In the late 1700’s, Martha Washington had her husband George’s picture printed on the first ever souvenir bandana. Many others followed suit as a means to pursue their political agenda. In the 19th century, the “paisley” pattern was created in Scotland, which is the most common design on bandanas today. Children used these to play games, such as Blind Man’s Bluff. The 20th century saw all sorts of uses for bandanas – men who took part in the West Virginia Coal Miners March of 1921 wore red bandanas around their neck; cowboys and blue-collar workers wore them to protect their face and mouth from dust; women wore them on the homefront during WWII to hold their hair back (think Rosie the Riveter); the gay community used different colored bandanas in the ‘70s to symbolize sexual preferences and fetishes, and gangs in the ‘80s used a bandana color code to represent their affiliation. By the ‘90s, the bandana hit mainstream culture and was marketed as a fashion accessory used in a variety of different ways from headbands, to bracelets, to neck scarves. Its popularity faded at the turn of the century, but a few years ago there was talk of a bandana revival when a handful of celebrities were photographed rocking them as headbands. They are still used as a practical item to keep hair out of your face, but no longer serve as a fashion statement. 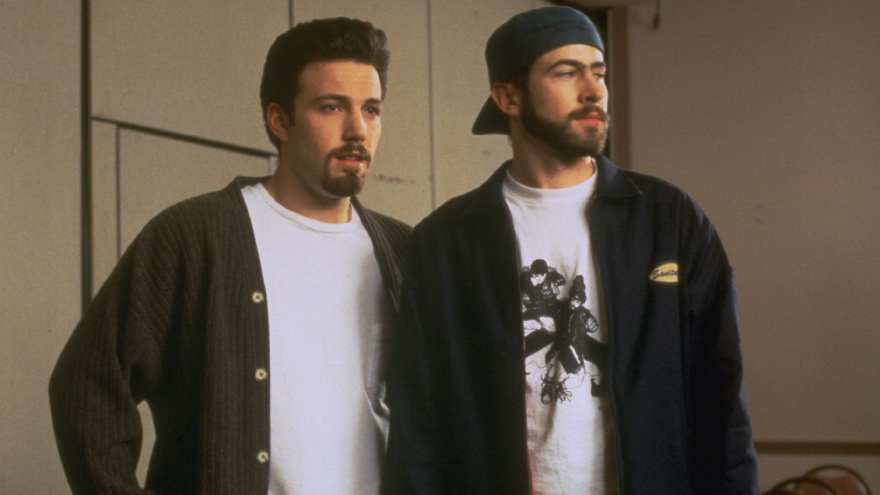 The first ever baseball hat was made of straw and originated in 1849 by the New York Knickerbocker Base Ball Club. About ten years later, the Brooklyn Excelsiors introduced what would become known as the “baseball cap” modeled after jockey’s headgear with a round crown and short brim. It took another 100 years before the modern version, introduced by the New Era Company and made of polyester, was made the official cap of Major League Baseball. For several years, baseball caps were simply a means to keep the sun out of a player’s eyes and to identify teams. If a man was spotted wearing a cap anywhere other than a baseball field, he was seen as socially inferior. In the late ‘70s, New Era began selling caps to the general public, but it was not until 1996, when Spike Lee sported a specially-made red Yankees cap (they were blue at the time) that baseball caps became a fashion item. Where the idea that it was “cool” to turn the cap backwards came from is unknown, but it was definitely a thing back in the ‘90s with everyone from the Olsen Twins to Marky Mark to Brad Pitt sported the look. These days, it isn’t uncommon to see a young person, or former president (Barack Obama was famously photographed with one in 2009), wearing their cap backwards, but it is no longer considered “cool” to do it. 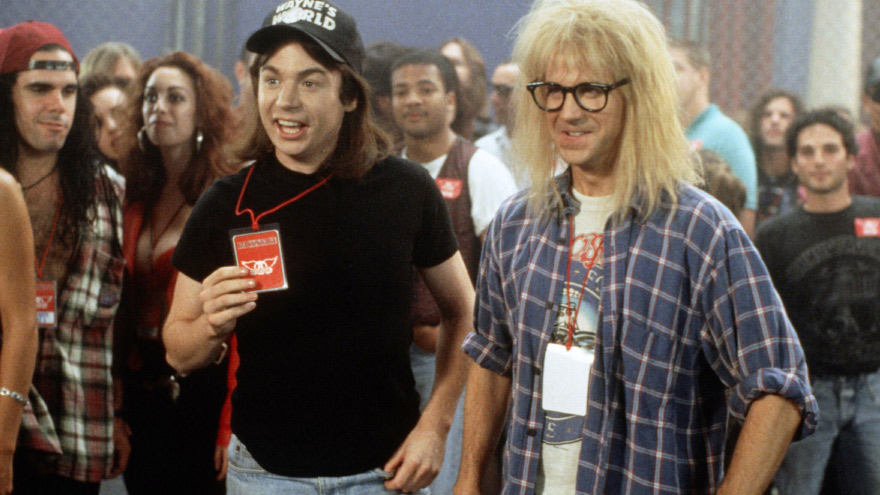 Flannel has been around for ages. The Welsh created it in the 17th century for better protection against their harsh winters. It made its way to the United States during the Civil War when it was used for men’s undershirts and button-up coats, and became a huge success with the creation of the one piece flannel long john in 1869. For the next 100+ years, it was worn almost exclusively by men, and even came to symbolize the “rugged American Male” (Paul Bunyan types), though businessmen began sporting gray flannel suits in the 1950s. That was as close to fashionable as it came until Kurt Cobain of Nirvana, and grunge music, came along in the early ‘90s. The grunge movement focused on being anti-consumerist, so there was a lot of thrift store shopping, resulting in many flannel shirt purchases. And while the musicians themselves were not trying to make a fashion statement, it soon became one with high-end designers and fashion magazines incorporating the “grunge look” into their styles. These days, it is made of all sorts of materials, and has crossed the gender barrier with shirts, bags, pants, and even shoes now available for women. Though its most common use in its original wool material is still for warmth, the early ‘90s are to thank for its transition and adoption into popular culture. 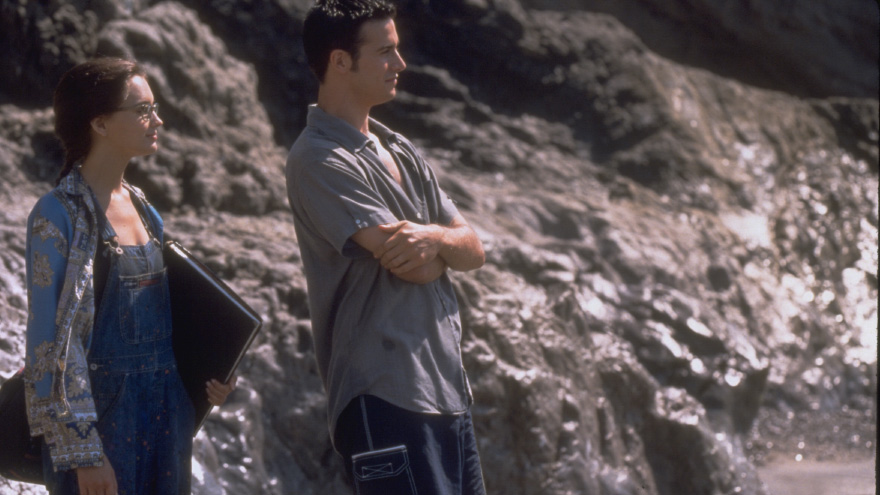 Rachael Leigh Cook and Freddie Prinze Jr. in She’s All That (1999)

Overalls, or “slops” as they were originally called in the 1700s, did not come into prominence until the mid-1800s in the United States. Worn most notably by railroad employees and farmers, overalls protected the workers clothing from stains. In 1873, Levi Strauss obtained a patent for denim overalls with suspender buttons and one back pocket, though it is uncertain when the company actually began making these overalls because ads did not appear until the early 1900s. Denim, which continues to be the most popular material for overalls, provided better durability than linen or cotton. Hippies were the first cultural group to adopt overalls in the 1960s as an everyday apparel item, followed by college students in the ‘70s. The history gets a little foggy after that, but their popularity noticeably soared amongst young people in the ‘90s, appearing in clothing stores, films (Clueless), and hit TV shows (The Fresh Prince of Bel-Air). They came in all sorts of styles, from baggy jeans to flares to shorts. There were several different colors to choose from. And then one’s own personal preferences always came into play when deciding, should I hook one strap or both? Overalls eventually lost their novelty amongst young people, but can still be easily found in apparel stores. Today, if you type “overalls” into google, fashionable styles are mainly geared towards women, while the original denim, bibbed overalls for work are offered to men. 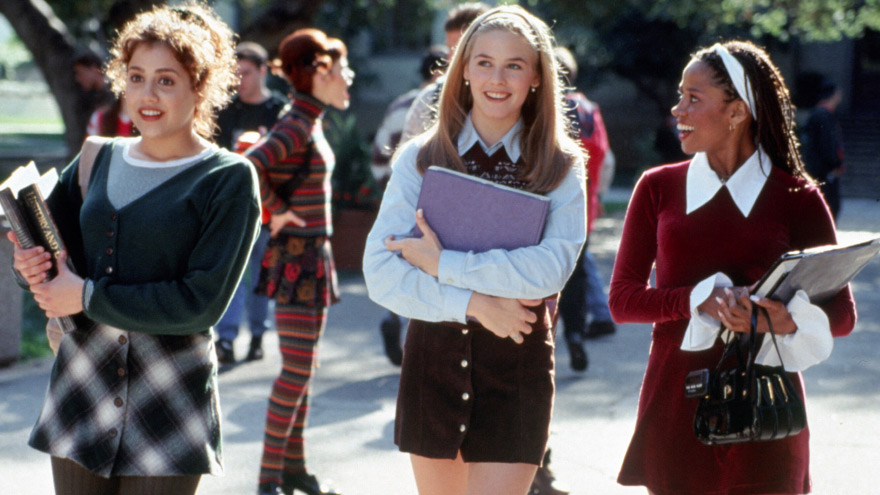 Velvet has been around for centuries, reportedly originating from old Chinese dynasties in the B.C.E. period. Italians were the first Europeans to make and sell it, beginning in the 12th century. The fabric has always been associated with luxury, donned by royalty and tycoons. During the Industrial Revolution, when industries mechanized velvet production, it became more affordable to common folk, though it maintained its reputation as an elegant purchase. Its introduction to popular culture began in the 1970s as a part of the boho chic style, then in the 1980s, crushed velvet became all the rage. Crushed velvet is a result of pressing the fabric in several directions after weaving it. By the time the ‘90s rolled around, crushed velvet was used in everything from jackets, to skirts, to sneakers. Its popularity died down when the new millennium began, but it still makes brief appearances in designer collections and on the runway. 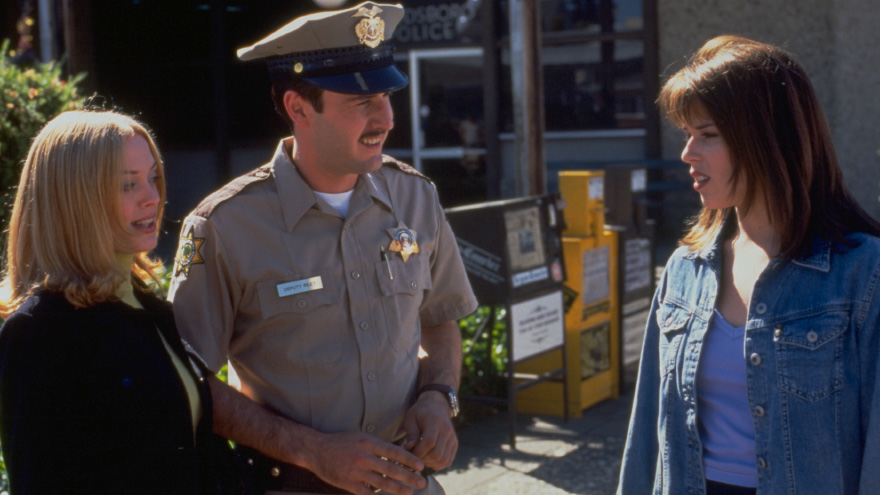 The first denim jacket was invented by none other than the denim God Levi Strauss in the late 1800s. It was called the Triple Pleat Blouse and worn by manual laborers because it was very durable. In the 1950s, it took on a whole new meaning when James Dean sported one in Rebel Without a Cause. It symbolized delinquency and non-conformism, and was even banned in some schools. Punk rockers carried on this symbolism, and it continues to be associated with someone who has a tougher edge. However, it has also been incorporated into women’s fashion collections, beginning as early as the 1960s when Marilyn Monroe was photographed wearing one. When designers like Calvin Klein, Diesel, and Guess began incorporating denim into their runway collections in the late ‘80s, the industry blew up. Cropped and tailored styles in the ‘90s proved that denim jackets weren’t just for bad boys or laborers, they were a sexy addition to any woman’s outfit. These days, the Levi’s Trucker jacket, which is derived from the original Triple Pleat Blouse, continues to be the classic choice for both men and women, and can be worn by all – no rebellious nature required. 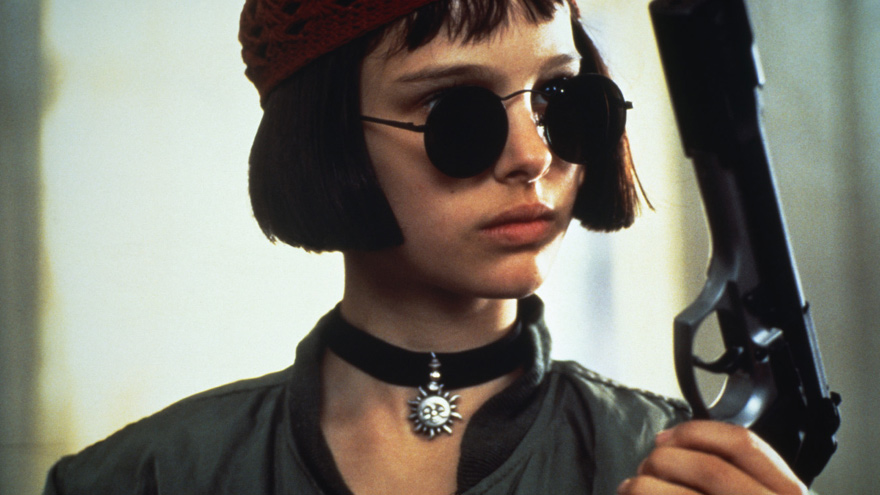 Natalie Portman in The Professional (1994)

Chokers, like velvet, have been around for thousands of years. Their initial purpose was to protect the neck against jugular attacks, but when European women adopted them in the 17th century, they became an upper class fashion accessory. During the French Revolution, they once again took on significance pertaining to violence. Women wore red ribbons around their neck in remembrance of those who met their fate at the guillotine. In the mid-1800s, a ribbon around one’s neck meant she was a prostitute, while more elaborate or ornate chokers were worn by royalty, wealthy women, and ballerinas. In the 1920s, chokers were reportedly a secret symbol of lesbianism and in the 1940s, dog collars on both dogs and women were the hot new fad. Fifty years later, chokers saw a gigantic comeback when pop stars like Britney Spears and Gwen Stefani rocked them, and ‘90s icons like Shannon Doherty, Melissa Joan Hart, and the Olsen Twins wore bejeweled varieties both on TV and in their everyday lives. Though they are still considered a ‘90s fashion trend, their resurgence in recent years can be seen everywhere, from the red carpet to the runaway, and especially at the Kardashian residence.