This month, HDNET MOVIES will be airing two films remembered best for their restaurant scenes – Mystic Pizza (1988) and Pulp Fiction (1994). Sometimes directors shoot on-location at actual restaurants, like in the 1989 film When Harry Met Sally with the famous orgasm scene that took place in New York City’s iconic deli, Katz’s Delicatessen. Other times, they opt to shoot in a soundstage, which was the case in Office Space (1999) for all the scenes that took place at Chotchkies, the restaurant Jennifer Aniston’s character worked at. Below we look at seven films with restaurant scenes, and provide the backstory on each – real or fictional? 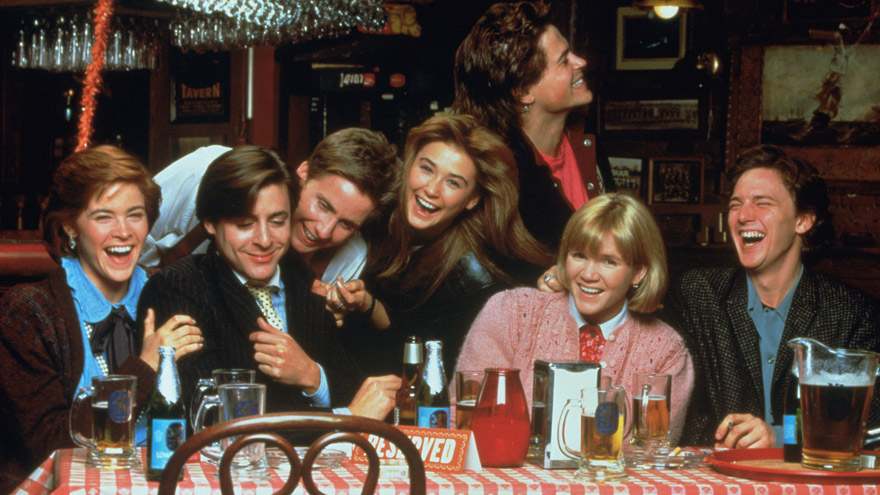 FICTIONAL – While it is rumored to have been based on a popular bar at Georgetown University called The Tombs, the University would not let Joel Schumacher film on campus. The nearby University of Maryland agreed to let him shoot there, while other bar shots were taken on a studio backlot. 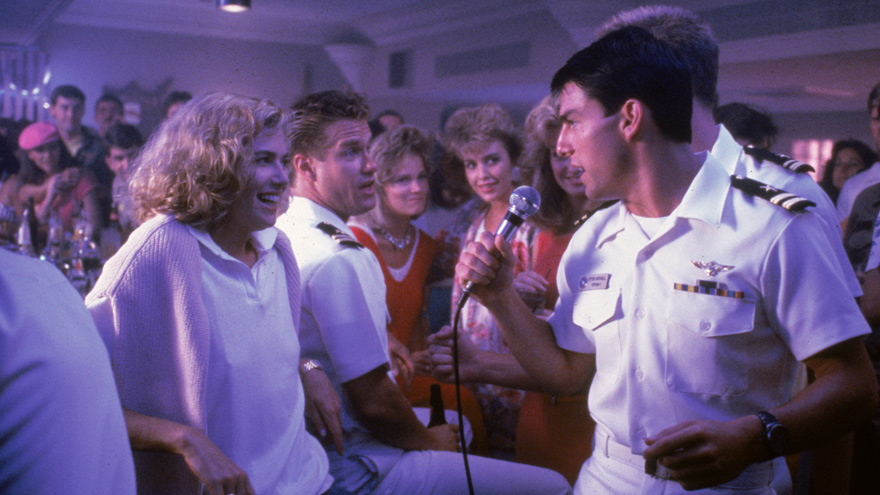 REAL – Before filming began, the location director went to Kansas City Barbeque, located in San Diego, for a beer. He liked the atmosphere so much that he suggested it to director Tony Scott. Scott had the owner shut the bar down for the day, filming two scenes there, and forever branding the space with its self-proclaimed, new name – “Top Gun Bar.” 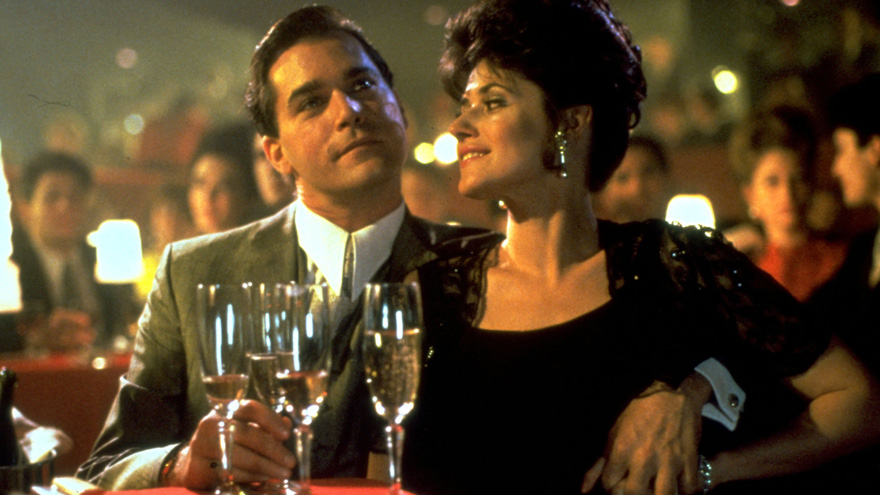 REAL – The Copacabana, a very famous nightclub in New York City’s East Side, opened in 1940, and is the setting for several other famous films, including The French Connection (1971), Raging Bull (1980), Tootsie (1982), and Carlito’s Way (1993). In Goodfellas, the 3-minute kitchen sequence shot there is often considered one of the greatest in terms of cinematography for its single-take approach and ability to tell a story with camerawork. 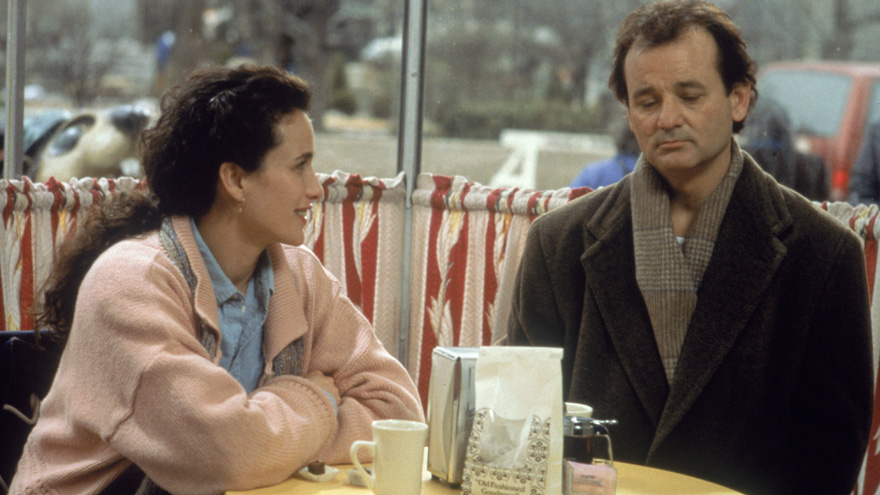 FICTIONAL – The café where Bill Murray and Andie MacDowell shot at over and over and over again was originally a film set created for the movie, but was later turned into a real-life café thanks to the popularity the set garnered from the film’s release. The Tip Top Bistro was located in Woodstock, Illinois and opened around 2005. It had a short run before becoming a coffee and Italian ice cream shop. Today, the Taqueria La Placita, an inexpensive Mexican restaurant, occupies the space. 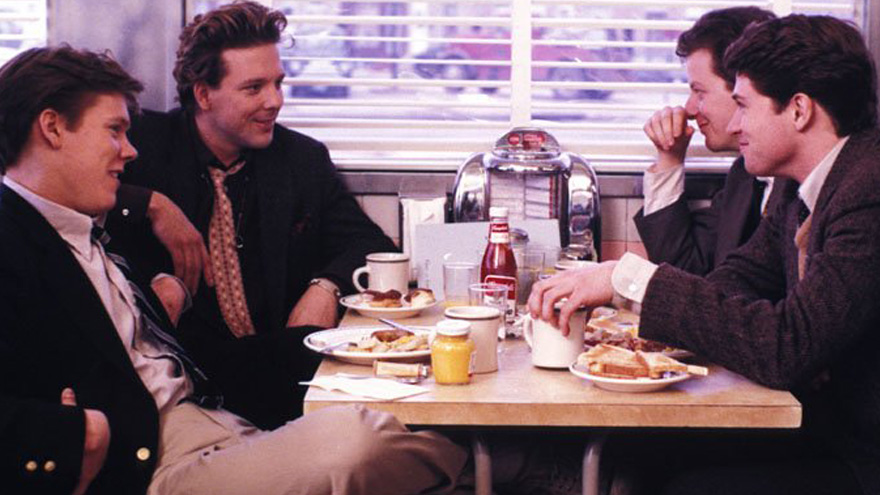 REAL – Writer/director Barry Levinson had been telling his Hollywood friends stories about his days in Baltimore as a teenager, hanging out with his pals at Brice’s Hilltop Diner, and they encouraged him to turn those stories into a movie. Unfortunately, when Levinson went back to the diner before shooting began, he discovered it had been turned into a liquor store. Luckily, he found a used diner in Oakland, NJ and had it sent to Baltimore, where it was set up in the Fells Point area and used for filming. 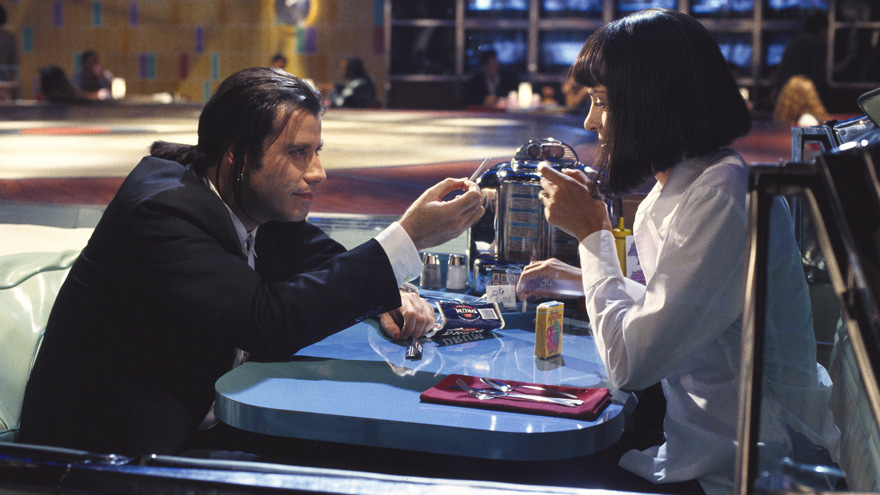 FICTIONAL – There has never been a restaurant in California that offered a Douglas Sirk Steak, Buddy Holly and Marilyn Monroe impersonators, and a dance contest every night. Miramax co-founder Harvey Weinstein had plans to open a chain after the success of Pulp Fiction, but Quentin Tarantino talked him out of it after explaining that the restaurant in the film was an attempt to make fun of all the popular theme restaurants of the ‘90s. 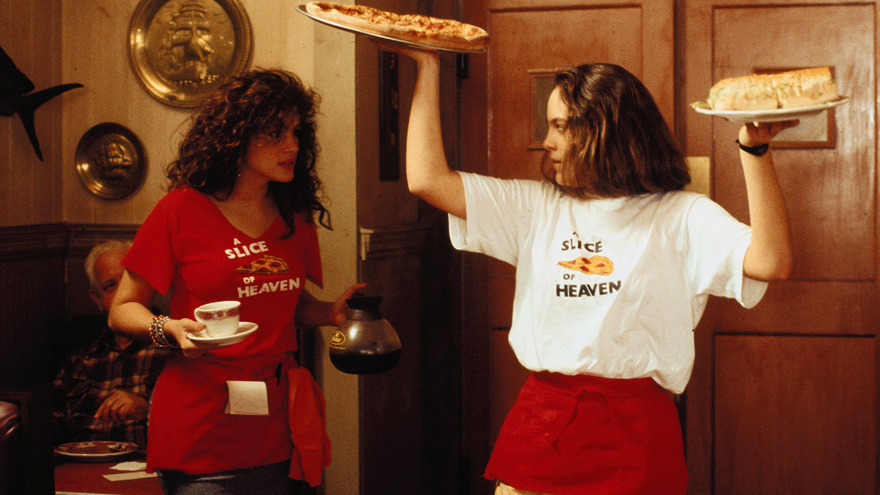 REAL – Based on a restaurant of the same name in Mystic, Connecticut, the actual filming did not happen at the restaurant. A home in a nearby town was converted into a pizza joint and used to shoot the movie. After the film’s release, the real-life Mystic Pizza was remodeled to look like the movie set. The restaurant is still open to this day, and there is now a Mystic Pizza II in North Stonington, Connecticut and a website where you can order frozen Mystic pizzas.