New Year’s Eve is upon us and (while we may, or may not, have an eventful holiday this year) we can always rely on the cinema to bring us memorable scenes…and not so memorable scenes. Here are six of the most memorable, as well as six overlooked, New Year’s Eve scenes from films throughout the past decades. 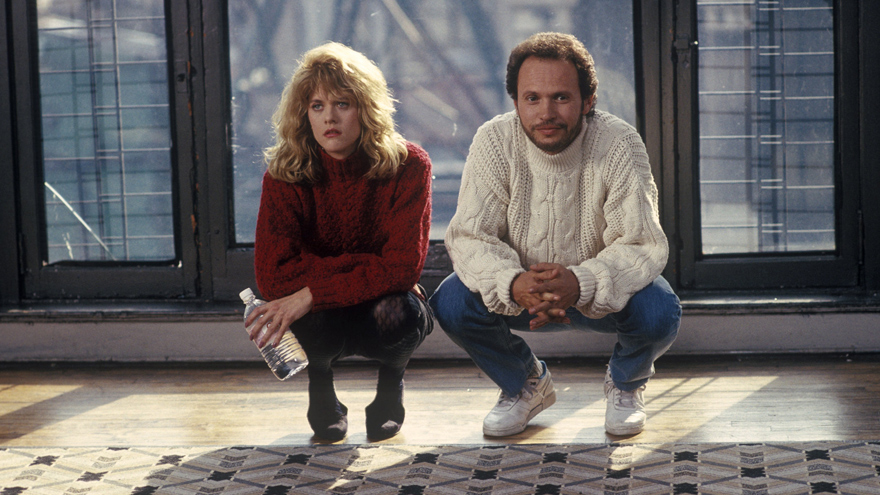 Meg Ryan and Billy Crystal in ‘When Harry Met Sally’

Boogie Nights (1997)
Little Bill (William H. Macy) walks in on his wife having sex (again) at a NYE party, gets his gun, and makes NYE fireworks of his own.

The Hudsucker Proxy (1994)
Norville Barnes (Tim Robbins) nearly jumps to his death from a skyscraper at the stroke of midnight, but some fancy time work and one unconventional angel intervene on his behalf.

Ghostbusters II (1989)
Using slime and a remix of “Higher and Higher,” Peter, Ray, Egon, and Winston awaken the Statue of Liberty while saving the people of New York from Vigo, the evil man in the painting.

200 Cigarettes (1999)
More of a series of scenes as opposed to a single scene since the entire movie takes place on NYE, but it has to be mentioned for its massive scope and cast of present day stars who were nobodies then like Kate Hudson, Ben Affleck, Dave Chappelle, and Paul Rudd.

When Harry Met Sally (1989)
Harry realizes he loves Sally (finally!) and rushes to find her at a NYE party. When he tells her he loves her, she says she hates him because he makes it impossible to hate him. The rest is movie magic. 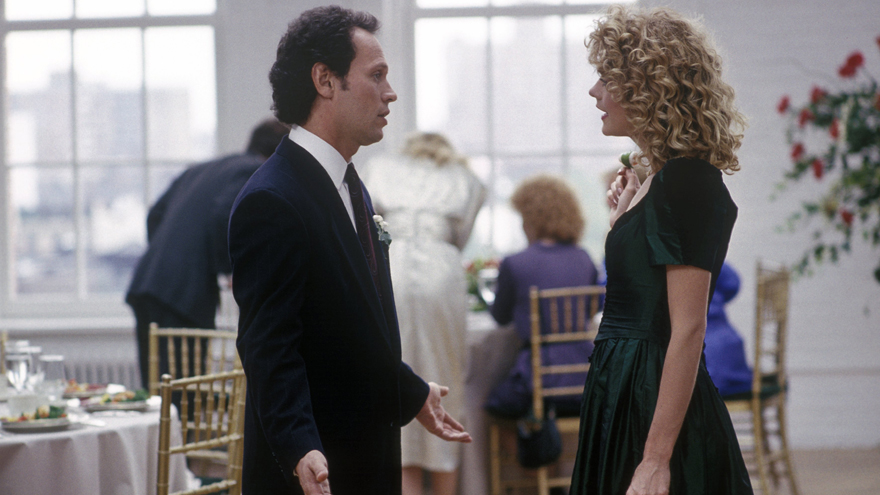 Meg Ryan and Billy Crystal in ‘When Harry Met Sally’

54 (1998)
Disco Dottie, an 85-year-old patron at Studio 54, suffers an overdose on the dance floor at a NYE bash and a shirtless, bowtie wearing young bartender (Ryan Phillippe) rushes to her side.

Bridget Jones’s Diary (2001)
Bridget Jones belts out Celine Dion’s “All By Myself” on New Year’s Day in her pajamas, vowing to lose weight, quit smoking, and drink less in her brand new diary. Maybe she will have a new resolution this September when Bridget Jones’s Baby hits theaters?

Someone Like You (2001)
Jane (Ashley Judd) gets ditched by Ray (Greg Kinnear), her achilles heel, on NYE. But it is soon thereafter she opens herself up to the possibility of a little roommate (Hugh Jackman) romance.

Forrest Gump (1994)
Forrest and Lt. Dan countdown to 1972 in a bar before taking two ladies to their hotel room. But when Forrest’s girl calls him “stupid” for stopping the action, Lt. Dan throws them out and the two men share a new understanding of one another.

Can’t Buy Me Love (1987)
Cindy (Amanda Peterson) reveals the truth about Ronald Miller (Patrick Dempsey) at a NYE party: he paid her to make him look cool.

On The Road (2012)
Sal Paradise’s friend Dean Moriarty and his 16-year-old wife Marylou share a wild dance at a NYE party, then the three later attempt to take the action into the bedroom.

Want to relive a couple of these moments again? Tune in to HDNET MOVIES this February, we’ll be showing The Hudsucker Proxy and When Harry Met Sally.

In need of NYE plans? Watch our HDNET MOVIES Quintessential Tarantino marathon as you countdown to New Year 2016!