LIVE from the set of The Shining!

COMMENT with a movie shot where you're from and you can win a poster!

Denver not only draws in over 200 new residents a day with its eclectic culture and bohemian atmosphere, it also attracts filmmakers and movie studios with its gigantic arenas, unique eateries, and elaborate train stations. HDNET MOVIES offices are housed in the former Stapleton Airport where several scenes for Die Hard 2: Die Harder were shot. Watch the video below for some “on location” footage of what the current space looks like. 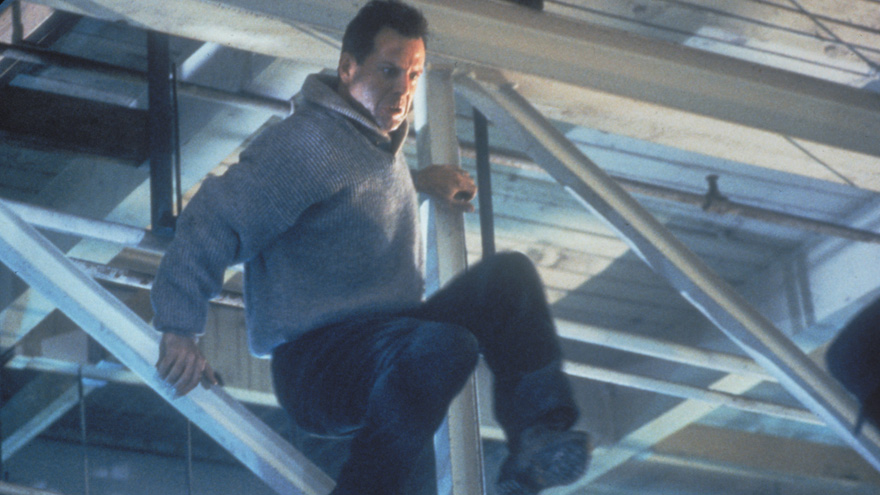 And as a whole, the Colorado film industry continues to grow, attracting locally- and nationally-recognized filmmakers thanks in part to the beautiful scenery and generous incentives. Colorado is home to three of the best film festivals in the nation (Aspen, Telluride, and Denver) and already has an extensive history of classic films that have been partly filmed in the state. Butch Cassidy and the Sundance Kid (1969), City Slickers (1991), and Cliffhanger (1993) shot scenes and exteriors in Durango; The Stanley Hotel in Estes Park famously inspired author Stephen King’s novel The Shining which was adapted into a 1980’s film of the same name; Estes Park was also a shooting location for the Jim Carrey/Jeff Daniel’s opus Dumb & Dumber along with Copper Mountain where they shot ski scenes; and recently director Quentin Tarantino shot on location at a ranch in Telluride for The Hateful Eight (2015) because of its likelihood for snow, a key plot element.

Below is a list of movies that have been partly filmed in and around the Denver area, some of which are mentioned in the video above as well.

STRANGELAND (1998)
Filming Location: Denver – 12th and Lincoln
**Exterior and interior shots during a club scene at the fictional Xibalba Club.

THE FAN (1996)
Filming Location: Denver – Coors Field
**Some of the baseball scenes were filmed at Coors Field, home to the Colorado Rockies (MLB).

THINGS TO DO IN DENVER WHEN YOU’RE DEAD (1995)
Filming Location: Denver – Union Station
**One of the many locations used in the film, a few others being the Bluebird Theatre on Colfax, Elitch Gardens, and the State Capitol. 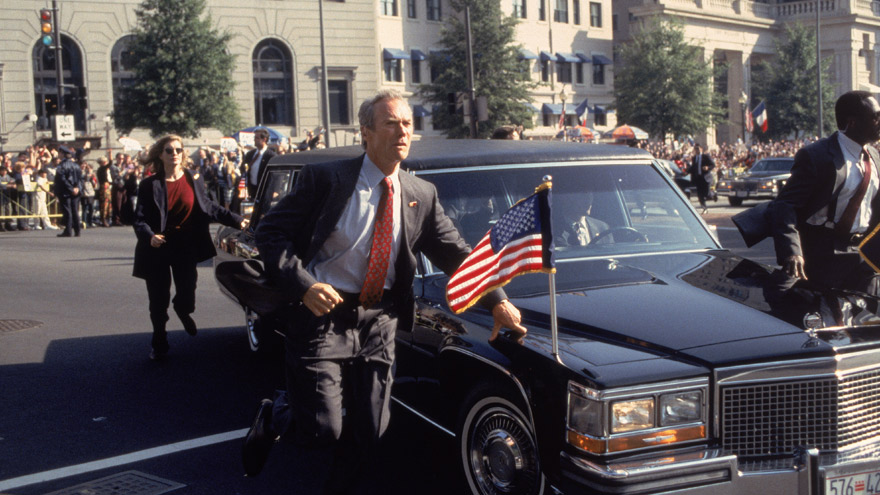 Clint Eastwood in In The Line of Fire (1993)
IN THE LINE OF FIRE (1993)
Filming Location in Colorado: Denver – Civic Center Park
**A rally was shot in Civic Center Park using hundreds of extras from the Denver area

DIE HARD 2 (1990)
Filming Location: Denver – Stapleton Airport
**The Stapleton Airport served as a stand-in for interior and exterior shots of the Washington Dulles International Airport. They never actually filmed at the Dulles Airport though much of the film was set in that location. The former Stapleton Airport is now home to HDNET MOVIES.

THE UNSINKABLE MOLLY BROWN (1964)
Filming Location: Black Canyon of the Gunnison National Park and Crawford, CO
**The movie itself was not shot in Denver, but Molly Brown’s house is located in the heart of the city at 1340 Pennsylvania Street, walking distance to the Colorado State Capitol and Civic Center Park.