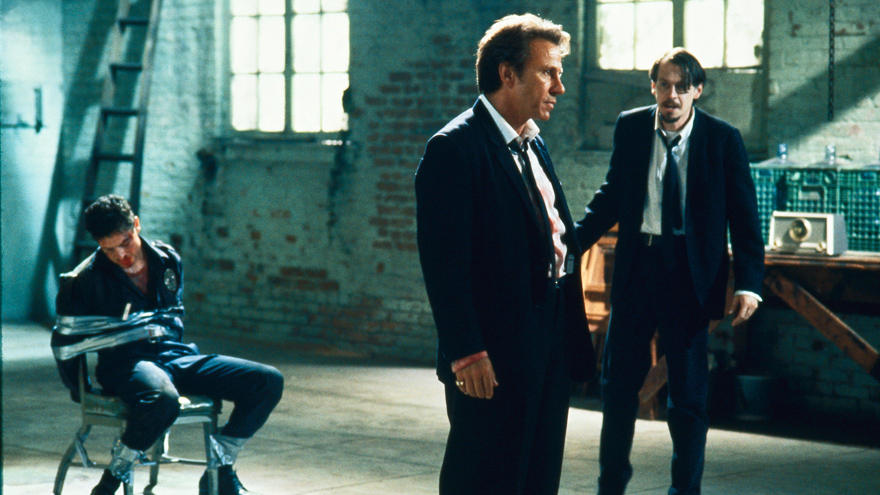 When a gang of criminals sets out to pull off the “greatest heist ever” in a film, audiences are nearly always guaranteed something will go wrong. Bandits meet their fate in a shootout with the local townsfolk in The Great Train Robbery (1903), James Bond thwarts “Operation Grand Slam” by blowing Goldfinger out of an airplane window in Goldfinger (1964), and first-time crooks Sonny (Al Pacino) and Sal (John Cazale) know immediately they mess up when they try to rob a bank vault AFTER the daily pickup in Dog Day Afternoon (1975). But the 1990s saw the greatest upsurge of “Heists Gone Amok” films. Here are nine of the best:

Man On A Ledge – 4:25/3:25c
An escaped con tries to pull off a diamond heist while proving his innocence.

The Usual Suspects – 6:10/5:10c
Five criminals meet at a lineup and the sole survivor recalls the twisty tale.