HDNET MOVIES showcases the best in box office hits, award-winning films and memorable movie marathons, uncut and commercial free!
Home » CinemaScoop » Greatest Bowling Scenes on Film from One Decade to the Next

Greatest Bowling Scenes on Film from One Decade to the Next

Some of the greatest movie moments occur in bowling alleys, and yet have nothing to do with bowling. From yabba dabba doo to a breakup felt throughout the Chicagoland area, the alley setting on film serves as a stomping ground for friendly gatherings, murderous rages, love connections, and a whole lot in between. Below is a list of some of the best bowling scenes on film from throughout the decades, and tune in this month to HDNET MOVIES when a couple of these titles will be airing in prime time (see below for further details): 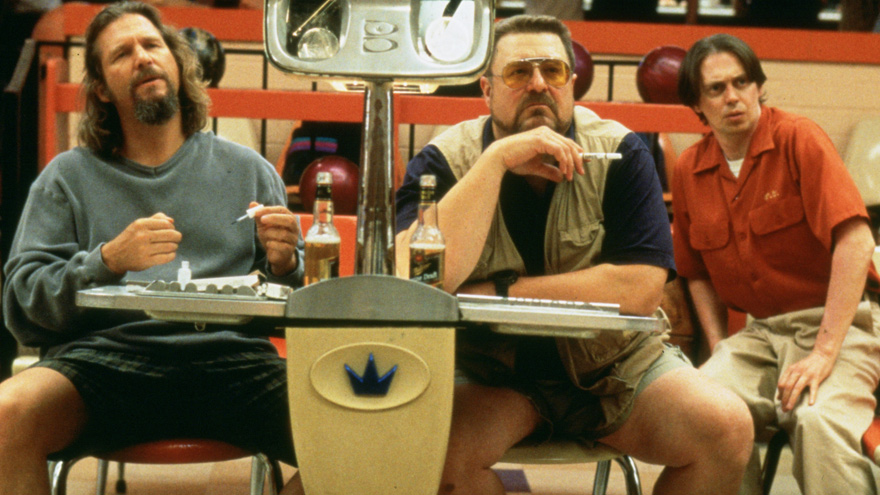 STONE AGE
The Flintstones (1994)
The scores are chiseled in and crabs reset the pins, a perfect setting for Fred Flintstone and Barney Rubble to clinch the bowling championships. I wonder if that is how they did it in Ancient Egypt too?

TURN OF THE 20TH CENTURY
There Will Be Blood (2007)
Not the most pleasant of scenes in a bowling alley, one reason being that a bowling pin is used as a fatal weapon, but the main character (Daniel Day-Lewis) did have his own, private bowling alley, proving that the sport was alive and thriving in the early 1900s.

1950s
Pleasantville (1998)
William H. Macy’s character runs into the bowling alley wet, evidence that it has rained in the cookie cutter town where it never rains, and his fellow bowling league members (in their uniform shirts with nicknames across the left breast pocket) decide to band together to stop the “imperfections” infecting their town.

1960s
Five Easy Pieces (1970)
Jack Nicholson gets into hot water with his girlfriend (played by Karen Black) after two young ladies, Betty and Twinkie, hit on him in the bowling alley.

1970s
The Deer Hunter (1978)
Mike (Robert De Niro) longingly watches Linda (Meryl Streep), his buddy’s lady, bowl just seconds before his other buddy, Axel, gets himself caught underneath a rack of pins while chasing his ball down the lane.

1980s
Uncle Buck (1989)
Uncle Buck (John Candy) takes his two nieces and one nephew to the bowling alley for a night of fun, and is forced to chase a sleazy bowler away from his 15-year-old niece. 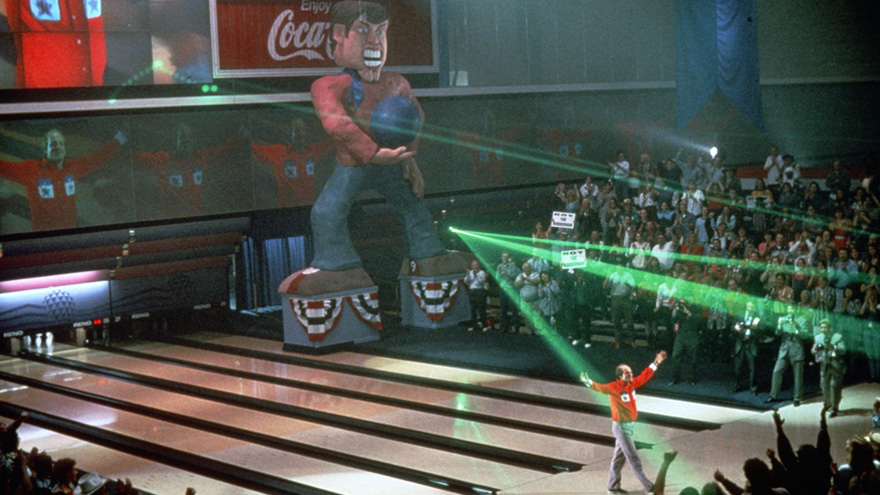 1990s
Kingpin (1996)
Seventeen years after state bowling champ Roy Munson (Woody Harrelson) loses his hand to an angry mob, he finds Ishmael (Randy Quaid), an Amish man who secretly bowls at a nearby lane. Roy convinces Ishmael to let him be his trainer and turn him into the best bowler around, as both set their sights on a $1 million winner-take-all tournament just days away.

1990s
The Big Lebowski (1998)
In addition to marijuana and CCR, The Dude (Jeff Bridges) loves to go bowling. Along with his friend Walter (John Goodman), the two spend several hours talking, throwing around the “f” bomb, threatening bowlers with guns for stepping over the foul line, and getting over the death of a fellow bowler (Steve Buscemi) at the bowling alley.

2000s
The Break-Up (2006)
Gary (Vince Vaughn) shows up at the bowling alley for couples bowling, to which his ex-girlfriend (Jennifer Aniston) quickly reminds him they are no longer a couple.

Tune into HDNET MOVIES on Friday, April 8th for our Cult Classics Night featuring two titles from the above list:

There are multiple air dates throughout the month for these titles. Visit HDNETMOVIES.com for air times, synopses, and much, much more.