Today is World UFO Day. What better way to celebrate this “unearthly” holiday than with a Mulder and Scully movie image mash-up?

FBI agents Fox Mulder and Dana Scully have been tracking paranormal activities since 1993 and have had some pretty “close encounters of the third kind.”

David Duchovny and Gillian Anderson in The X-Files: Fight the Future (1998)
UFO in Close Encounters of the Third Kind (1977)

Especially that one snowy night while innocently walking through a quiet, suburban California neighborhood. Little did they know that the Reese’s Pieces they were munching on would attract such “extra-terrestrial” attention. 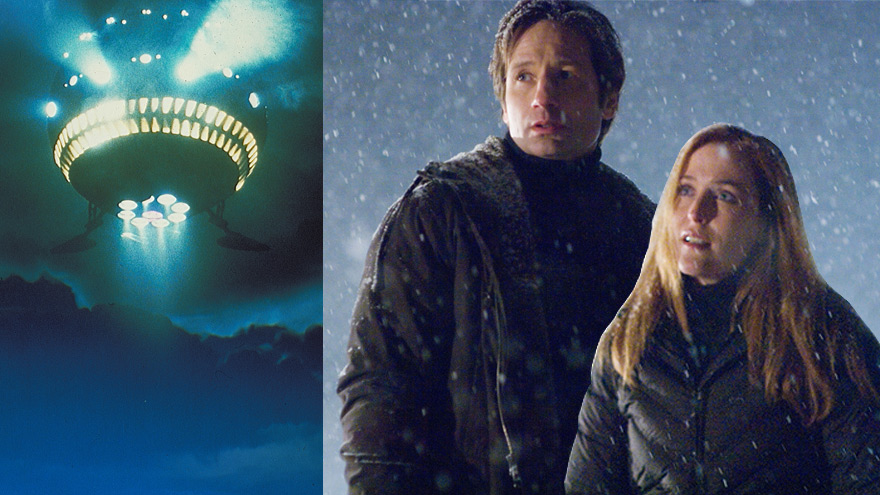 David Duchovny and Gillian Anderson in The X-Files: I Want to Believe (2008)
UFO in E.T. the Extra-Terrestrial (1982)

With the introduction of technology, however, UFO tracking became easier than ever for Mulder and Scully. No longer could they deny what was going on within their own “district” and they were convinced that “the truth was out there.” 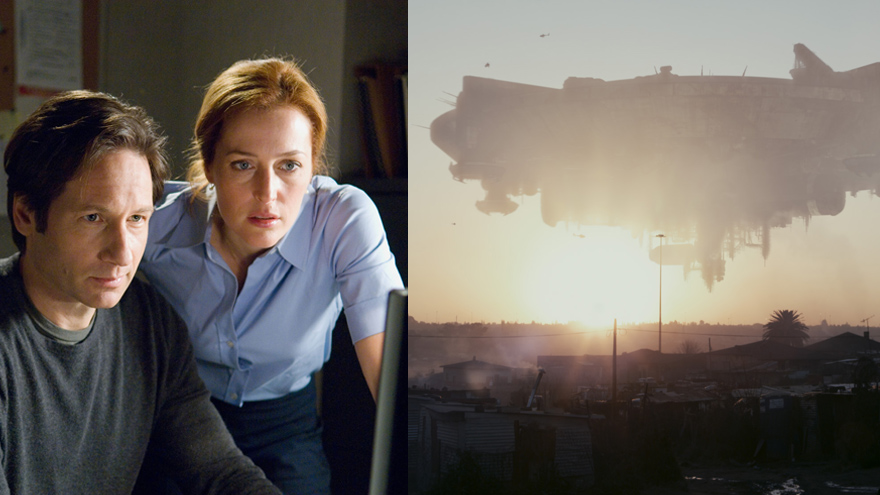 The X-Files: Fight the Future (1998) – 8/7c
A deadly virus breaks out that threatens all of humanity and it is up to Mulder and Scully to uncover the truth.

And the network premiere of:

The X-Files: I Want to Believe (2008) – 10:05/9:05c
Retired FBI Special Agents Mulder and Scully return to duty after an FBI agent goes missing and a former priest claims he is experiencing psychic visions of the endangered agent.

Watching from the west coast? The double feature will be repeat immediately following the first air times: